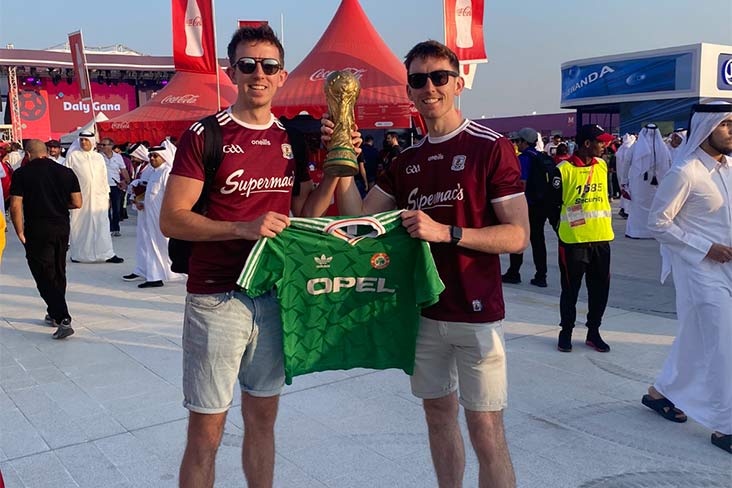 The Gardiner brothers from Salthill representing Ireland at the World Cup in Qatar. Pic via Gardiner Brothers (@Gardiner_Bros) on Twitter.

Two brothers from Galway are making sure their county and country are represented at the World Cup in Qatar.

The Gardiner brothers from Salthill, who are world champion Irish dancers, have posted a picture online of them performing in front of a giant replica of the World Cup trophy as the tournament got underway on Sunday.

“Ireland didn’t quite make it this year, but we’re making sure we are represented here at the #FIFAWorldCup2022," they said.