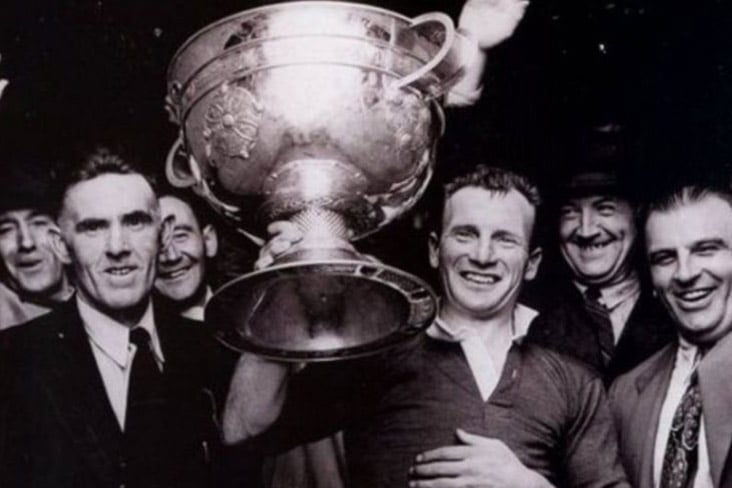 The official unveiling of a new statue of Cavan football legend John Joe O’Reilly is set to take place this Sunday in Cavan Town (12.30pm).

Centre half-back on the GAA’s Football Team of the Millennium, O’Reilly captained Cavan to two All-Ireland SFC titles including in the famous 1947 final victory over Kerry at the Polo Grounds in New York.

The Cornafean native also won 11 Ulster crowns in the blue and white, captaining the Breffni men in four of their final victories as well as in the National League final win of 1947-48.

The unveiling of his statue at Cavan’s Market Square is set to be conducted by GAA President Larry McCarthy, while Marty Morrissey will be the event’s MC.

Past Cavan stars are set to attend the unveiling as well as All-Ireland winning captains and All-Stars from other counties.

Cavan's captain on that famous day was John Joe O'Reilly. A statue of John Joe is almost complete and will be unveiled later this year. You can support the fundraising efforts today by donating @ https://t.co/VW5UrCCus0 pic.twitter.com/qZVHKhvnyg