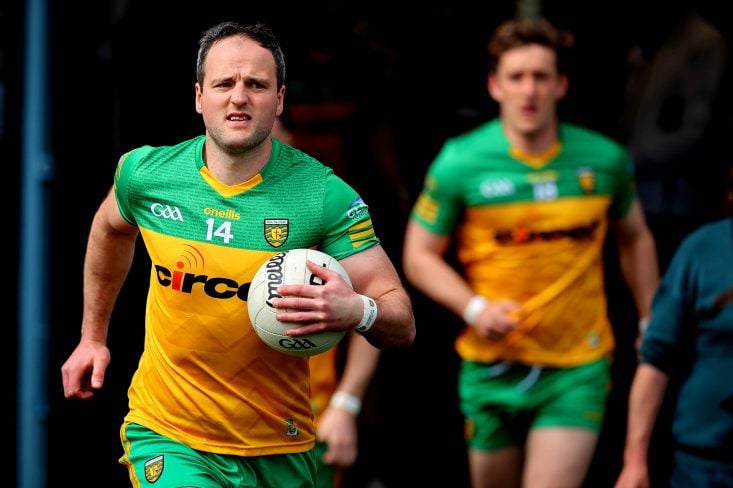 Former Donegal manager Declan Bonner says the loss of Michael Murphy to retirement will be “a huge blow” to the Tir Chonaill men.

Murphy called time on his illustrious inter-county career last night after 15 years, during which time he captained Donegal to a second ever All-Ireland SFC triumph in 2012.

The Glenswilly man was also skipper for five of his county’s Ulster SFC titles victories and earned three All-Star awards along the way.

Speaking to BBC Radio Foyle after the news of Murphy’s retirement, Bonner credited the 33-year-old for his contributions to Donegal football and described his departure as a blow to his successor Paddy Carr.

"It's a massive blow but time waits for no one," he stated.

"It's a huge blow for the incoming management but I'm sure they've had that conversation with him."

He added: "Michael made his decision. He didn't make it hastily, he took his time about it and weighed up his options of where he was at.

"But what an amazing career. Over the last 15, 16 years he has been an outstanding player. Not just a player on the field but off the field and everything he contributed to Donegal football."

In a statement released last night (see below), Donegal county board chairman Mick McGrath cited Murphy as “an icon and leader” for the county.

Donegal Chairperson Mick McGrath thanks Michael Murphy for his commitment to Donegal calling him a Donegal "icon and leader for our County, he has made a tremendous contribution to Donegal football".https://t.co/uo2KTarI75 pic.twitter.com/ipmumzJyXl