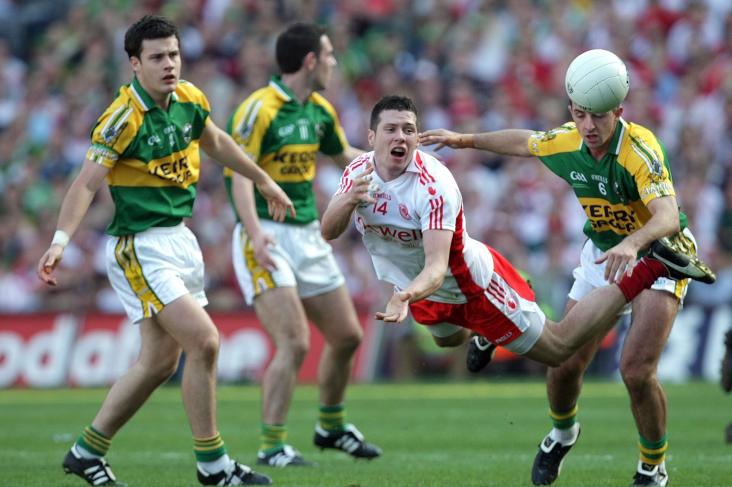 Tyrone collected their third All-Ireland senior football championship title in five years on this day in 2008.

Mickey Harte’s men triumphed over Kerry in a pulsating final at Croke Park, where it finished 1-15 to 0-14 in the Red Hands’ favour.

Tommy McGuigan’s goal just 22 seconds into the second-half proved crucial for Harte’s side and they'd go on to land a flurry of late points that had team captain Brian Dooher collecting the Sam Maguire Cup on his county’s behalf.

‘Man of the Match’ Sean Cavanagh contributed 0-5 from full-forward in the victory and would also go on to be selected as that season’s ‘Footballer of the Year’.