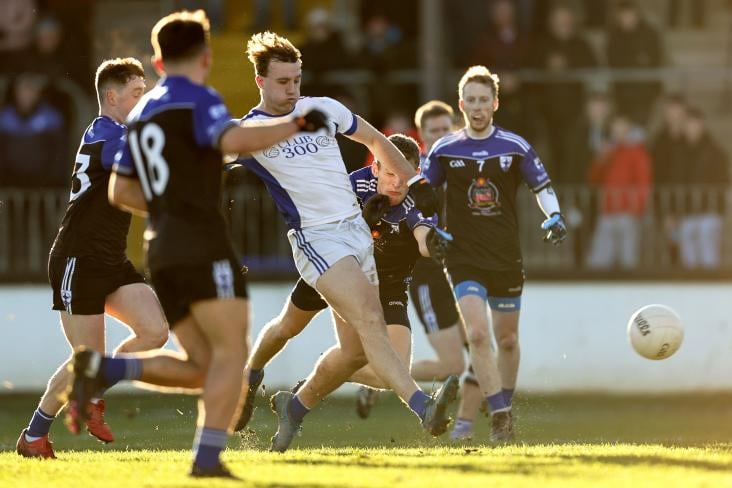 Darragh Kirwan of Naas fires to the net

Naas are back in the Kildare senior football championship final after edging out Celbridge by 2-11 to 0-14 in Newbridge this afternoon.

Two superb goals from Darragh Kirwan proved the difference for the holders as they are now just one game away from retaining the Dermot Bourke Cup.

These teams served up a cracking contest at St Conleth’s Park, where they were level five times on the opening 30 minutes before going in at the break level on 0-5 apiece.

The contest remained airtight before Kirwan broke through for the first goal on 48 minutes with a brilliant strike from some 25 metres out.

Celbridge battled back to make it a one-point game with two minutes to go but Kirwan finished off a slick Naas move to cement the three-point win.

The holders now await the winners of Saturday’s other semi-final between Athy and Clane in Newbridge (4pm).