Ladies: Dwyer hits 1-5 off bench as Kerry ease by Westmeath into last eight 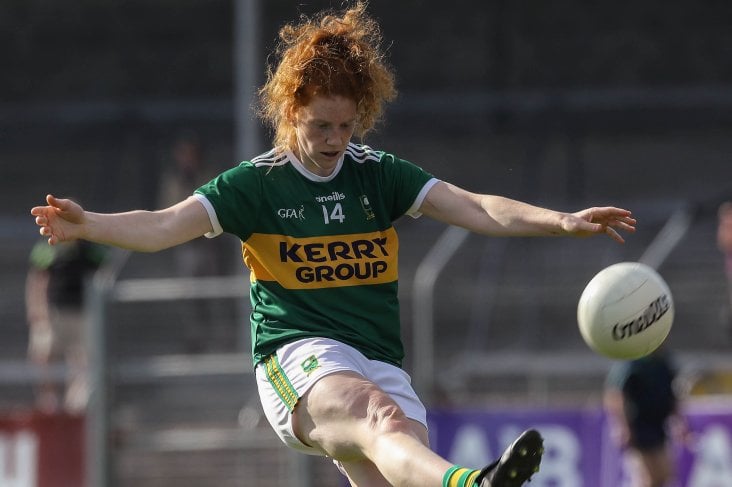 Half-time substitute Rachel Dwyer scored 1-5 and Kerry advanced to the quarter-finals of the TG4 All-Ireland Senior Championship after victory over Westmeath at a windy Fitzgerald Stadium in Killarney.

The victors, who go through as Group C winners, also ensured that Westmeath would face into a relegation play-off after their second consecutive defeat.

Kerry made six changes to their line-up from the Galway game but it mattered little as they raced into a 1-5 to 0-0 lead after just 13 minutes, playing with the wind at their backs.

Louise Ní Mhuircheartaigh scored two early frees before the returning Síofra O’Shea got her first of two first half points in the 8th minute, to push Kerry three ahead.

Katie Brosnan and Niamh Carmody then added scores in the 11th and 12th minutes before Ní Mhuircheartaigh punched to the net after excellent approach work from Mary O’Connell.

Westmeath looked in serious bother but started to string some cohesive moves together and Sarah Dillon and Karen Hegarty pointed to reduce the deficit.

Ní Mhuircheartaigh stemmed the Westmeath tide with a lovely score in the 25th minute after a great clearance from Eilis Lynch, but once again Westmeath fought back and the impressive Sarah Lynch scored a free from an acute angle, and Chloe Kelly popped up from the backs to slot another effort to bring the score to 1-6 to 0-4 with one minute remaining.

The last two scores of the half belonged to Kerry though with Katie Brosnan and O’Shea getting their second points of the game to see the Kingdom take a 1-8 to 0-4 lead into half-time.

Impressive substitute Dwyer got an early second half goal for Kerry when she punched in from close range and O’Shea was unlucky a minute later when her effort was miraculously cleared off the line.

Westmeath tried hard but could not find a way past a resolute Kerry defence and by 50 minutes the result was beyond doubt as Kerry led by 2-14 to 0-6.

Sarah Dillon (free) and Lucy Power continued to carry the fight for Westmeath but in the end, scores from Niamh Broderick and two from Dwyer (one free), sealed top spot for Kerry.