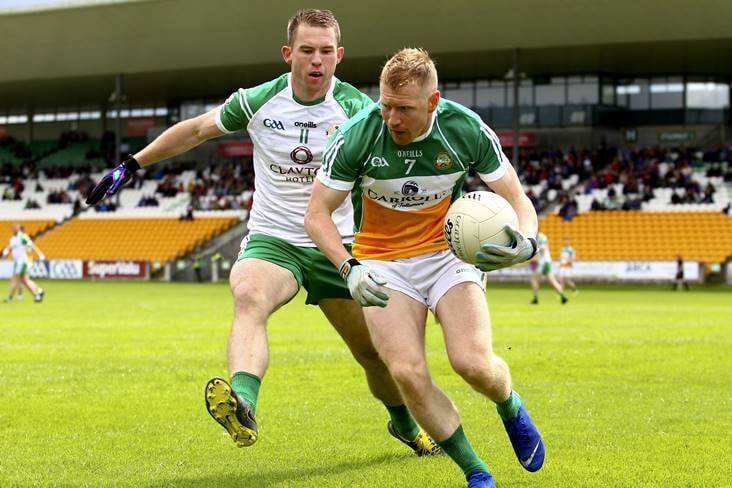 Offaly manager John Maughan has been dealt a huge blow with the news that defender Niall Darby’s season is over after suffering a cruciate ligament injury.

Darby picked up the injury in training on Tuesday night and will be a massive loss to the Faithful men who face Westmeath in the Tailteann Cup semi-finals this Sunday at Croke Park (4pm).

Having captained Offaly last year, the Rhode man was in excellent form again this season as one of his county’s premier defenders.

The injury makes him the second Offaly footballer to suffer the dreaded cruciate curse in recent times, with Oisin Keenan-Martin having picked up the same season-ending injury a couple of weeks ago.

Eoin Rigney and Cian Farrell have also missed out this season with cruciate injuries and, with speculation that this was set to be his last year lining-out with Offaly, the injury could well spell the end of Darby's inter-county career.