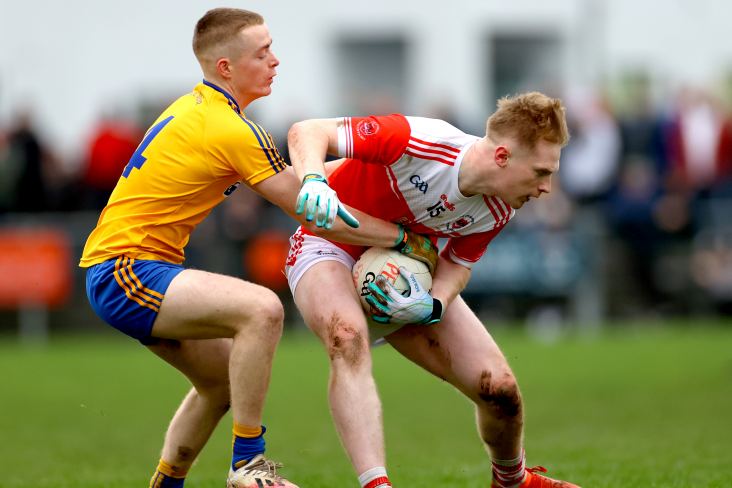 Padraig Pearses are Connacht club senior football champions for the first time in their history after overcoming Knockmore of Mayo by 1-13 to 1-11 this afternoon.

Paul Carey led the way for the Roscommon champions, notching 0-8 (0-5 from play) over the hour in Ballina, while their opponents were made to rue the 14 wides that they kicked.

Hubert Darcy gave Pearses the perfect start by rattling the net with a well-taken penalty three minutes in and points from Carey (2) and Conor Payne saw them lead by 1-3 to 0-4 at the halfway stage of this provincial decider.

Darcy would go into goal for the closing minutes of the half after Paul Whelan had been blacked carded for Pearses and when they got the latter back in the second-half they upped the ante.

Carey hit five points while Darcy returned to full-forward to add another, widening the margin to 1-9 to 0-5 and leaving the Roscommon men with one hand on the cup.

Substitute Charlie Burke palmed in a sorely needed goal that brought Knockmore back into contention for the closing quarter but Pat Flanagan's men responded like champions.

Carey shot over a settling point which was backed up by Emmett Kelly and Ronan Daly raising white flags that proved enough for a first ever Connacht senior championship success for their club.