Monaghan prove too strong for Fermanagh in McKenna Cup derby 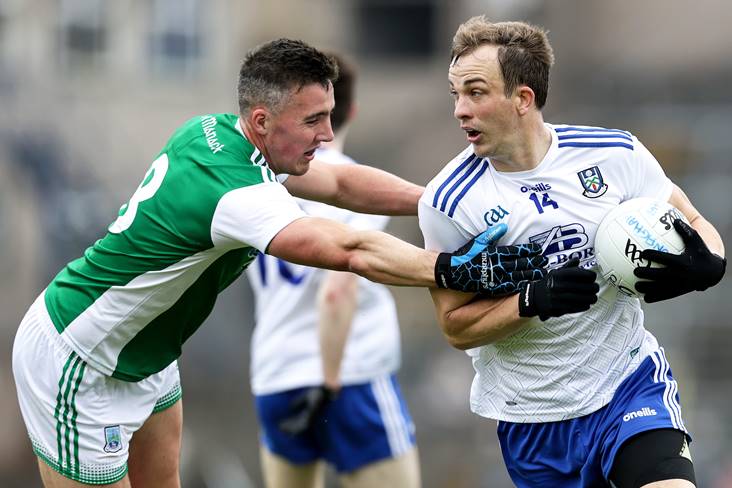 An experimental Monaghan side saw off neighbours Fermanagh with five points to spare in the Dr McKenna Cup this afternoon.

It finished 0-16 to 0-11 in Clones, where some of the more experienced players showed their class for the home side including Jack McCarron and Kieran Hughes.

McCarron (free) and James McMahon kicked late points in the first-half which helped the Farney men lead by 0-9 to 0-5 at the interval.

The hosts made a sizzling start to the second-half which saw them land the first four points via Aaron Mulligan (2), Conor McCarthy and Shane Carey to all but wrap up the win.

Sean Quigley and Daragh McGurn pulled back frees for Fermanagh but Kieran Duffy and Carey cancelled them out as Seamus McEnaney’s side cruised to a comfortable victory in the end.