Donegal come from behind to see off Down in McKenna Cup 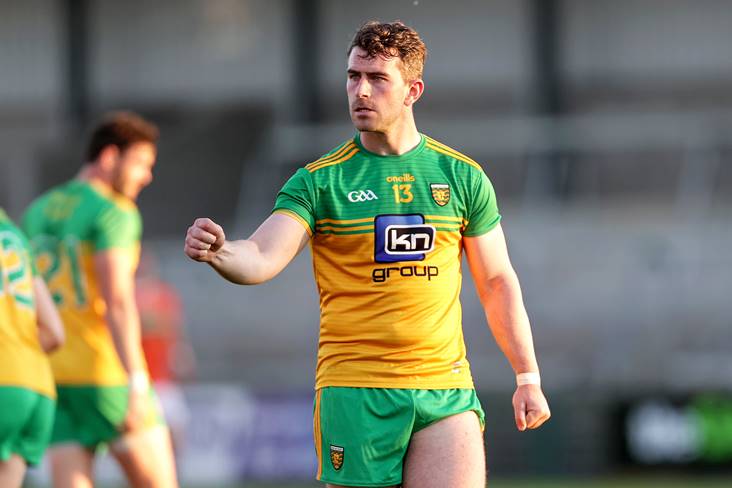 Paddy McBrearty scored 0-5 as Donegal came from behind to overcome a resilient Down challenge by 1-13 to 2-8 in last night's Dr McKenna Cup first round outing at MacCumhaill Park.

Without their Kilcoo players ahead of Sunday week's Ulster club SFC final and fielding nine starting debutants, James McCartan's side caused the hosts plenty of problems, but with McBrearty and Ciaran Thompson showing their leadership skills, the Tir Chonaill men produced a strong finish in Ballybofey.

McBrearty kicked three points during the early stages as Donegal raced into a 0-7 to 0-3 lead after 26 minutes before Andrew Gilmore's goal and a Pat Havern free spurred Down on to an improved end to the opening half, 0-9 to 1-4.

A goal from man-of-the-match Tony McClenaghan restored Donegal's four-point advantage on 50 minutes, but Down hit back in admirable fashion when Odhran Murdock cut through for their second major which gave them a one-point lead with seven remaining.

Thompson then levelled matters before further points for Donegal from Peadar Mogan and McBrearty got them over the line.