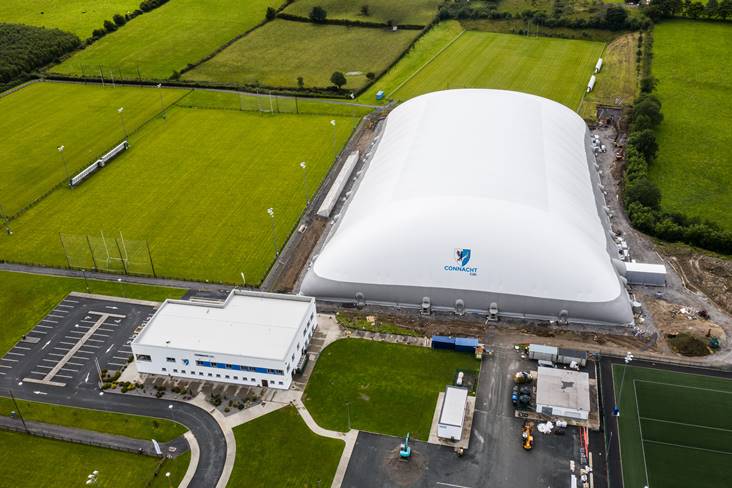 An aerial view of the Connacht GAA Centre of Excellence at Bekan. ©INPHO/James Crombie.

The air dome at the Connacht GAA Centre of Excellence is set to stage next year’s entire Connacht FBD League competition.

The pre-season tournament throws in on January 4th with Sligo and Leitrim clashing in the preliminary round.

It is set to be the first ever competitive inter-county GAA game to take place under a roof.

All in all, four knock out games will take place at the €3m air dome, which is located at their centre of excellence in Bekan, Co Mayo, with the games also set to be live-streamed.

"Once we got word that the pre-season competitions were going ahead, we decided to stage the games in the dome," Connacht GAA secretary John Prenty told RTE Sport.

"And I'm delighted it's Sligo and Leitrim who will be first up and get the experience of making history.

"All the FBD games will be live-streamed. We have 16 permanent cameras installed and we will use that experience then to see how future games can be best televised going forward."