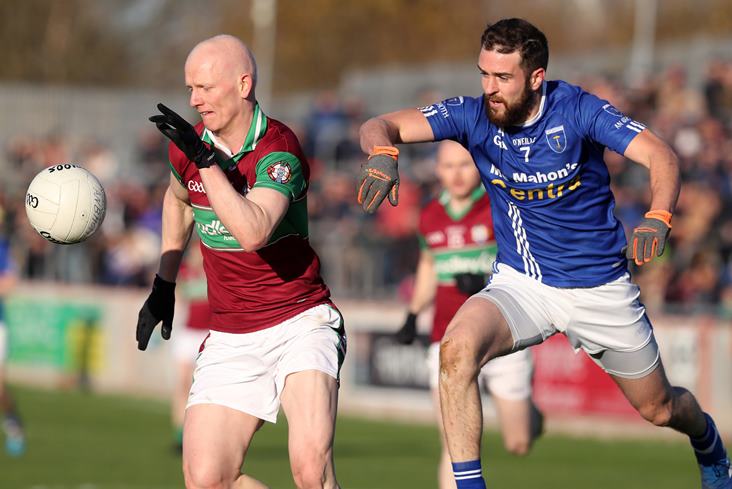 2019 champions Magherafelt crashed out of the Derry SFC following a 1-15 to 2-14 extra-time defeat to Eoghan Rua, Coleraine in Ballinascreen yesterday.

Two late points from Ruairi Mooney and substitute Gavin McWilliams forced extra-time for Coleraine who went on to win an absorbing contest thanks to a Dara Mooney goal in the second period. It finished 1-11 apiece at the end of normal time with Colm McGoldrick (Coleraine) and Emmet McGuckin (Magherafelt) raising the green flags.