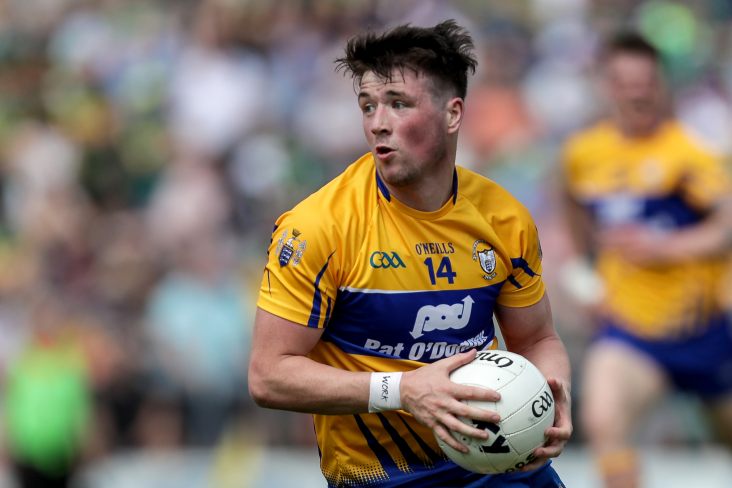 Keelan Sexton in the colour of Clare

Clare attacker Keelan Sexton struck for 0-10 as Kilmurry-Ibrickane edged a 1-13 to 0-13 victory over Kilmihil at Cusack Park this afternoon.

The win sees the Banner County’s defending champions become the first side to stamp their ticket into the senior championship semi-finals, with Mark McCarthy’s late goal enough to ensure them victory.

The holders led by the odd point in 11 at the halfway stage as the lively Ciaran Downes (0-9) kept Kilmihil very much in touch throughout.

Sexton and Eamon Bracken kicked points midway through the second that kept Kilmurry-Ibrickane’s noses in front prior to the former cutting through and releasing McCarthy for the game’s only goal with six minutes to go.

Kilmihil couldn’t force the goal they needed and finished three short in the end, which sees Aiden Moloney’s men now just two wins away from retaining the Jack Daly Cup.