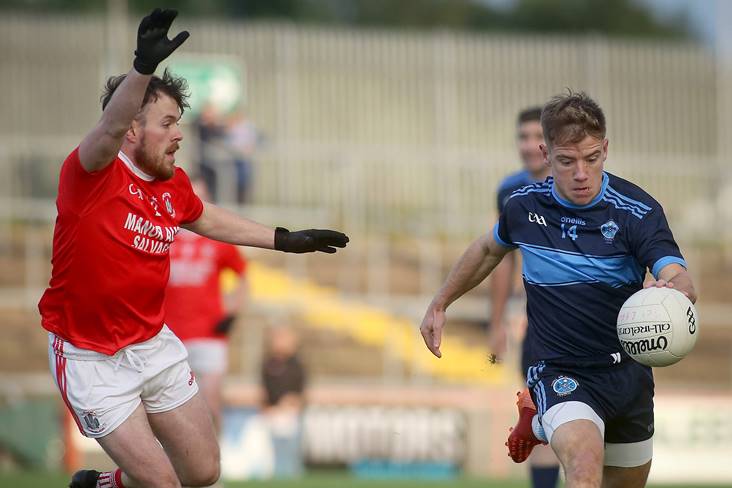 Killyclogher St Mary’s moved into the Tyrone senior football championship quarter-finals last night after holding off Donaghmore for a 1-10 to 1-9 victory at Healy Park.

The sides couldn’t be separated for the opening 20 minutes of the first-half in Omagh until Conor Cush’s penalty put the Donaghmore into a 1-5 to 0-5 lead.

The 2016 champions hit back in superb fashion which saw ace attacker Mark Bradley rattling the Donaghmore net before the break, leaving it all square on 1-5 apiece at the half.

An Oran Grimes ‘45’ nudged Killyclogher in front prior to county defender Tiernan McCann increasing the lead to two.

Donaghmore drew level but three points without reply from captain Bradley (2) and Mark Hayes proved enough for Killyclogher to move into the last eight as their opponents saw a penalty claim turned down in injury-time.