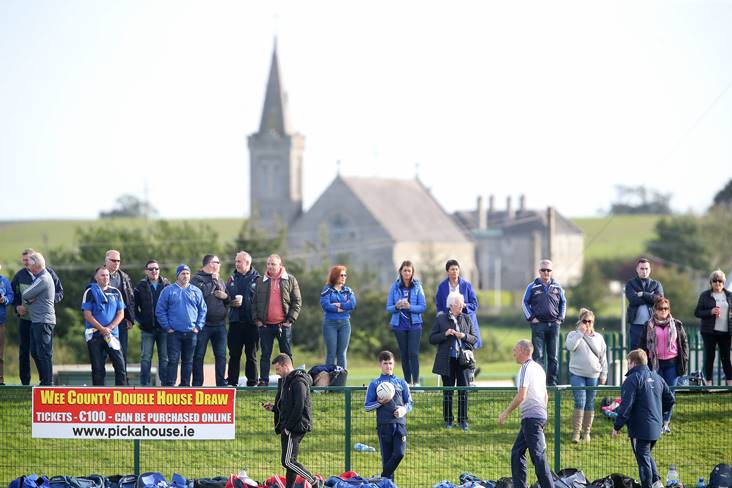 Spectators watch on during the Louth SFC final. ©INPHO/Bryan Keane.

Kerry's five-time All-Ireland winner Colm Cooper has welcomed the news that spectators can return to GAA matches next week.

The GAA today confirmed that 100 spectators will be allowed to attend club and inter-county matches in the Republic of Ireland from Monday, June 7th, with a total of 200 permitted in grounds with a minimum accredited capacity of 5,000, excluding players, backroom team members, stewards and media. Limited attendances are already permitted at GAA venues in the six counties.

Cooper, speaking to Eamonn Horan on RTÉs Six One News, believes it's a progressive step in the right direction for the Association.

Colm Cooper discusses the return of spectators, the contenders who could challenge Dublin in the All-Ireland SFC and the culmination of the #AllianzLeagues campaign #RTEGAA pic.twitter.com/KTxIx91yTO

"It's fabulous to have crowds coming back. We saw it in Ulster last weekend, the boost it has given," said the Dr Crokes clubman.

"We are looking at small capacities initially but maybe working towards 50% [in attendance] at an All-Ireland final, that would be fantastic from where we've come from.

"I think people all over the country are just happy to get players back on the field playing and giving us the enjoyment it has given us for years."

The only damper for Cooper is the possibility of no Allianz Football League finals being played this year.

"The disappointing fact is we might not have some league finals in different divisions but I think managers and players will be delighted to get back and get three games under their belts going into the championship."