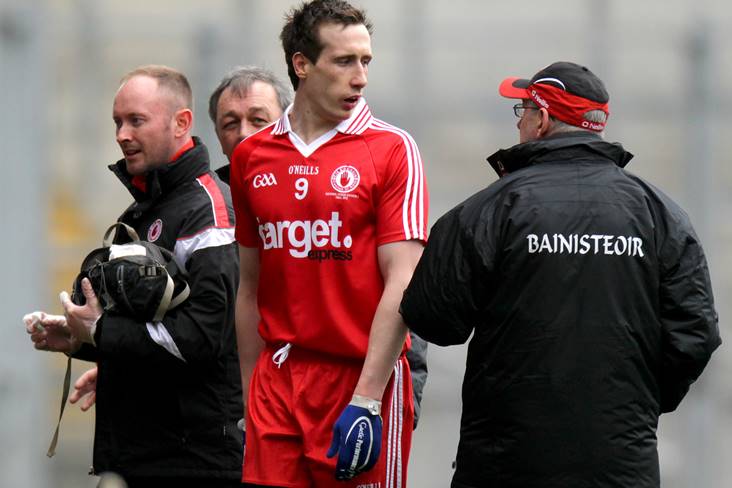 Tyrone's Colm Cavanagh has cleared up rumours about his departure from the Tyrone senior football squad.

The Moy Tír na nÓg clubman announced his inter-county retirement after 13 seasons with the Red Hand County last September, with rumours making the rounds that the decision was taken as a result of a bad relationship he had with then manager of the team, Mickey Harte.

But speaking to The GAA Social, a new weekly GAA podcast, on BBC Sounds, the 33-year-old took the opportunity to set the record straight.

"We never had a really close relationship but that isn't because we didn't get on. It was just the way he operated," Cavanagh said.

"Mickey probably doesn't have a close or personal relationship with any player. He demands high standards and ultimately that is why he was so successful.

"I think in January I made a comment that I couldn't stand the set-up anymore, but that was taken out of context because I went on to say that was about me not being able to stomach football any more.

"There is a perception there that we didn't get on or that was part of the reason why I retired, but it wasn't the case."