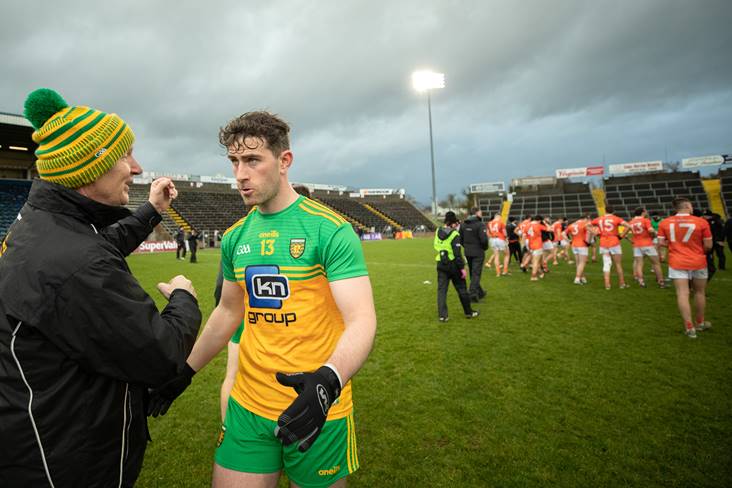 Donegal have made one enforced change for today's Ulster SFC final against Cavan.

Stephen McMenamin, who was injured in the semi-final win over Armagh, is indirectly replaced by Paddy McBrearty with Eoin McHugh switching to the full back line.

Eoghan McGettigan replaces Oisin Gallen in the matchday 26 as Declan Bonner's men go in search of a three-in-a-row of provincial titles.