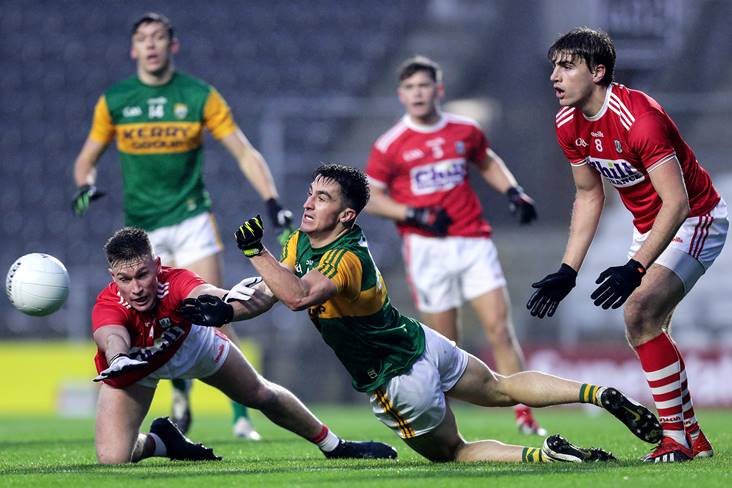 Beating Kerry in the Munster semi-final two weekends ago is as good as it gets for any Cork footballer, but there have been plenty of lows as captain Ian Maguire can testify to.

2019 saw the Rebels relegated to Allianz FL 3 but it is 2018 that sticks in the memory of Maguire when he thinks back to some of the hardest days in a Cork jersey.

A Munster final against Kerry saw the Kingdom inflict a 3-18 to 2-4 rout on Cork and in the round 4 Qualifier tie against Tyrone, with a place in the inaugural Super 8s up for the grab, Tyrone defeated Cork by 3-20 to 0-13.

Those two matches stick in Maguire’s memory and at the time he wondered what future there was for that Cork team.

“I've two lasting memories of 2018, the Kerry game obviously that just didn't go to plan, we got beaten by a better team there,” said Maguire speaking to GAA.ie.

“I think against Tyrone I thought we were going to bounce back and we'd give it a battle. To be fair, they had a plan and they beat us off the park.

“I remember I met Fintan Goold walking off and he said something to me and I couldn't even look at him because I felt embarrassed. That's the ever-lasting memory I have. Because I thought in 2018 where are we going from here after getting absolutely man-handled by Tyrone. They were obviously laughing at us walking off the pitch.”