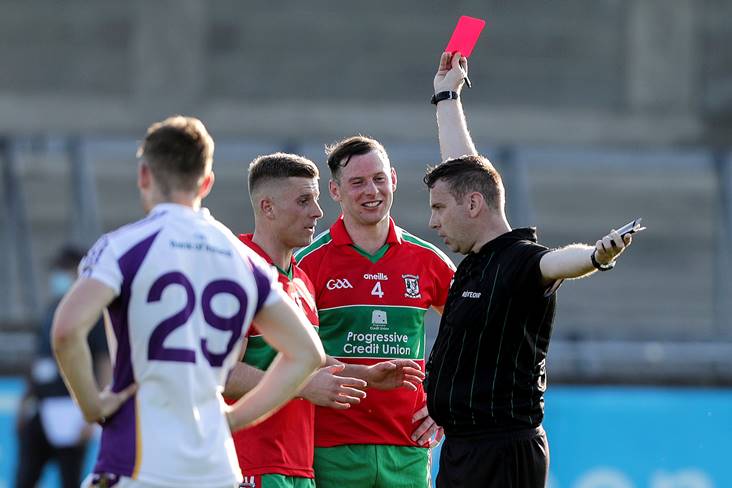 Ballymun Kickhams manager Brendan Hackett was unable to shed any light on the flashpoint that resulted in red cards for two of his players at the end of yesterday’s Dublin SFC semi-final victory over Kilmacud Crokes.

Hackett’s charges booked their place in the decider against holders Ballyboden St Enda’s courtesy of a 1-18 to 2-12 penultimate stage success over their Stillorgan opponents but their victory was tarnished by two late red cards shown to left half-back Leon Young and centre-forward Davey Byrne.

“I know this is the cliché that managers say, I was actually, at that stage, watching defence because I knew if they didn’t score a goal, we were in with a huge chance of winning,” Hackett said in his post-match interview with TG4’s GAA BEO.

“I actually didn’t see (it) and the cards at the end, I don’t know what happened.”

Despite not having witnessed the unsavoury scenes first-hand, Hackett suggested an appeal is likely in Young’s case.

“I’m not sure about Leon’s, I was actually looking at the backs so I’d say that will be appealed because I can’t understand what Leon’s was for.

“I didn’t see anything and obviously from looking at the backs I didn’t see what happened but if Davey’s is a straight red, yeah he’ll probably miss the final.”