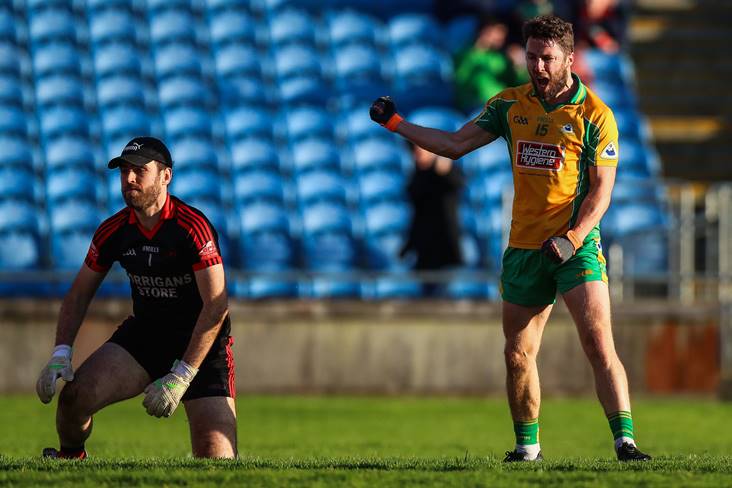 Corofin's Micheal Lundy will hoping for more of the same against Ballintubber.

The last three county senior finals for 2019 and a host of provincial action to look forward to this weekend.

Thirteen time champions Dr Crokes are preparing for another Kerry decider. This time against an East Kerry side appearing in their first county final since 1999.

For the second year running, Liam Mellows and St Thomas' will go head-to-head in the Galway SHC final. The last two winners of the Tom Callanan Cup with the Saints coming out on top twelve months ago.

Clonmel Commercials will take on JK Brackens of Templemore at Semple Stadium on Saturday afternoon for the right to be crowned Tipperary SFC champions.

There are eight games across the Connacht, Leinster and Munster club senior football championships. Throw in two Munster club SHC semi-finals and the Ulster club SHC final on a busy Sunday afternoon.

Ballygunner's meeting with Limerick's Patrickswell will be televised live on TG4. The Gunners are 60 minutes away from a third successive Munster club SHC final appearance.

The Ulster club SHC final between Dunloy and Slaughtneil has been switched from the Athletic Grounds to Pairc Esler. 2009 was the last time the Cuchullains tasted provincial success at this level while Slaughtneil won the Four Seasons Cup in 2016 and 2017.

Here's the fixtures to keep an eye on over the weekend: