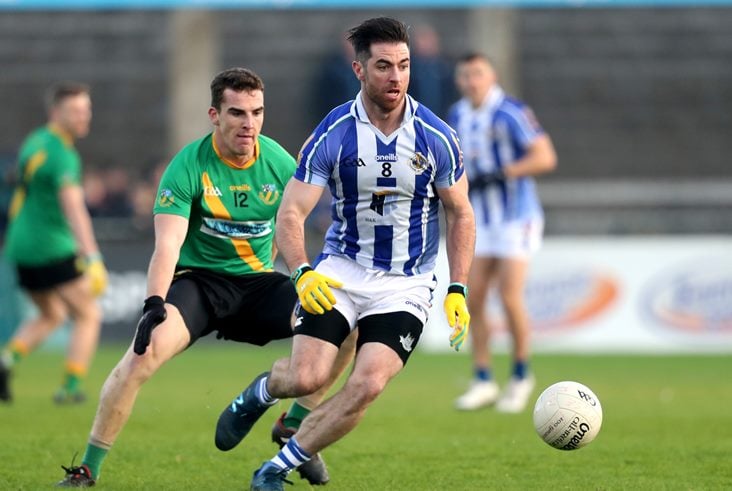 The former ‘Footballer of the Year’ suffered concussion during his club side’s six-point victory over Thomas Davis last Sunday evening after taking a heavy blow with 10 minutes to go at Parnell Park.

The blow forced Macauley to be substituted but Rainbow is hopeful of him lining-out against Newtown Blues of Louth this Sunday in Drogheda.

“(It was a) concussion, yeah so we brought him off,” the manager stated afterwards.

“That was the incident that happened in the middle of the field. I’m not sure what it was I didn’t see it but he just got a bad bang. He’s still a bit dazed now but he should be okay hopefully.”