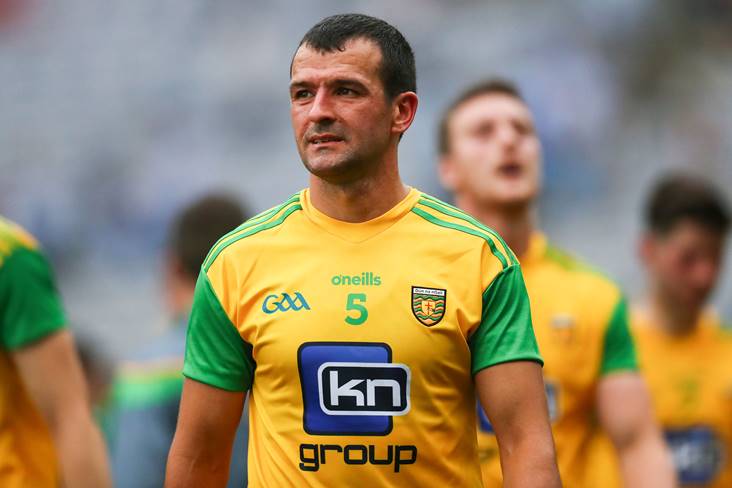 Along with the Sam Maguire Cup triumph in 2012, the 33-year-old won five Ulster SFC titles in his 14 seasons with the Tir Chonaill County as well as an All Star award at left half-back.

The Glenfin clubman said it had been “a privilege” to represent his county over the past decade-and-a-half.

"I have experienced so much during my career and I will be forever grateful for this. From great victories to heavy defeats, I have enjoyed every minute of it.

"I have shared a dressing room with some of the best Donegal players ever. There are memories both on and off the field that I will never forget.

"I have gained so much from Gaelic football and I'm grateful to the coaches and managers that gave me the opportunity to play for my county. I would like to thank the many supporters who followed us through both good and bad times. It has been a privilege to represent them on the field of play.

"I thank everyone in CLG Gleann Fhinne who put me in a position to represent my county and I look forward to a future of playing and coaching in the club where it all began."

He added: "I would like to wish Declan Bonner and Donegal of 2020 the very best of luck. I look forward to supporting them in their quest for further Ulster and All-Ireland success."