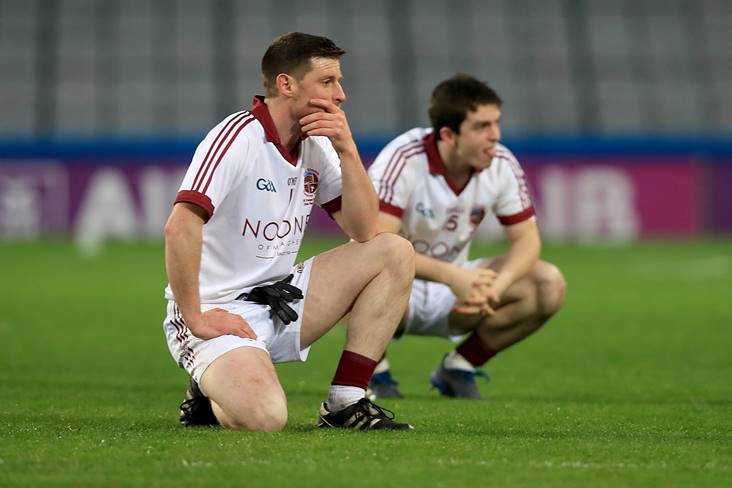 The Derry SFC quarter-final pairings have been confirmed after an exciting weekend of first round action.

Champions Eoghan Rua were dethroned by Magherafelt on Saturday evening, while Banagher and Lavey also progressed following wins over Bellaghy and Greenlough respectively. The other first round games on Saturday saw former kingpins Slaughtneil defeat Newbridge by 2-11 to 1-6, while Ballinderry walloped Dungiven by 6-18 to 1-14.

In last night's double-header at Owenbeg, Ballinascreen accounted for Kilrea by 2-14 to 0-9, while Paul Gunning's 51st minute goal helped 14-man Glen to a 1-14 to 1-10 victory over The Loup.

Swatragh, managed by former Tyrone star Enda McGinley, complete the quarter-final line-up after seeing off Glenullin on a 3-12 to 0-11 scoreline yesterday afternoon.

The quarter-final pairings are as follows:

Games will be played on weekend of September 20-22