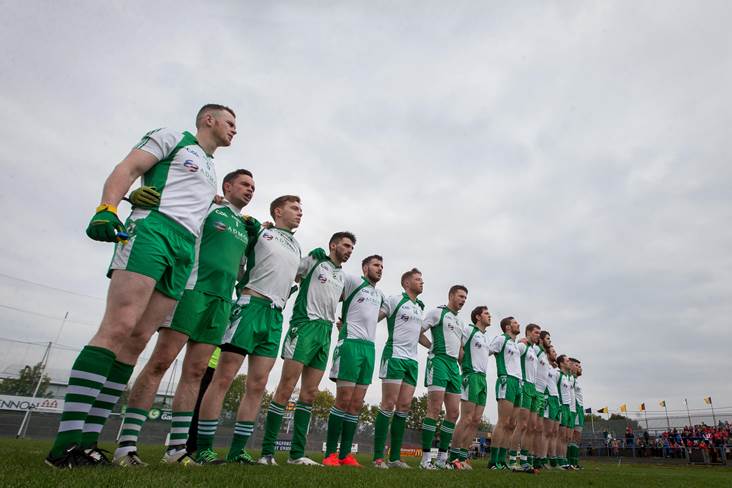 Killoe are the first team through to this year's Longford SFC final after a brace of first half goals from Ronan Goldrick helped them to a 2-10 to 0-11 victory over Colmcille at Glennon Brothers Pearse Park this evening.

Goldrick netted in the 11th and 31st minutes for Thomas Donohue's side who will go in search of their first Connolly Cup since 2015 when they meet the winners of next weekend's second semi-final between Longford Slashers and Abbeylara on the first Sunday in October.

Following their sensational quarter-final victory over Leinster club champions Mullinalagtha, Colmcille came into this semi-final with high hopes, but went into the break trailing by 0-8 to 2-9. Points from Barry and Paul McKeon narrowed the gap in the second half, but the Emmet Ogs held on, despite having county star Mickey Quinn dismissed on a second yellow card in the 59th minute.