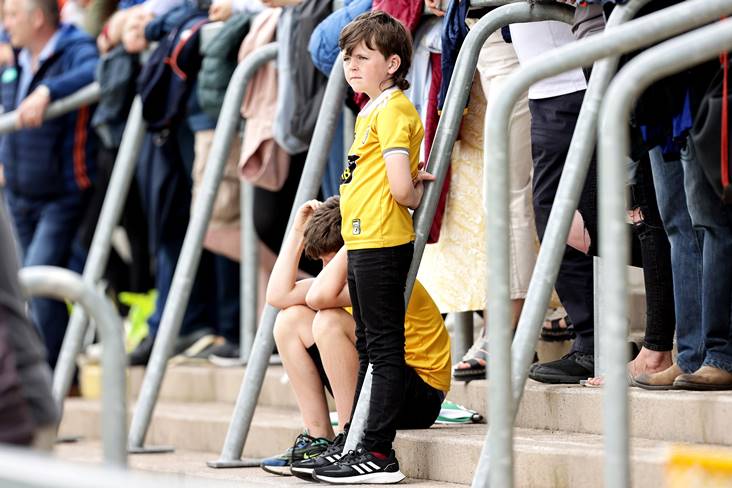 A young fan watches on during the Ulster SFC quarter-final clash between Armagh and Antrim. ©INPHO/Laszlo Geczo.

Six teams exited the football championship, while in hurling the Munster final and Qualifier line-ups were completed.

Armagh and Antrim did battle in the Ulster SFC at the Athletic Grounds (3:30), while a place in the Connacht SFC final was up for grabs when Roscommon welcomed Galway to Hyde Park (1:15).

Meanwhile, all four quarter-finals went down for decision in the Leinster SFC: Laois and Westmeath faced off in Tullamore (1:30); Meath entertained Longford (3pm); champions Dublin travelled to Wexford (3:30); and Portlaoise provided the setting for the meeting of Kildare and Offaly (4:30).

Finally, with defending provincial and All-Ireland champions Limerick awaiting in the final, Tipperary and Clare collided in a rip-roaring and controversial second Munster SHC semi-final at the Gaelic Grounds (3:45).

Click here to review our LIVE text commentary on all the action as it happened.