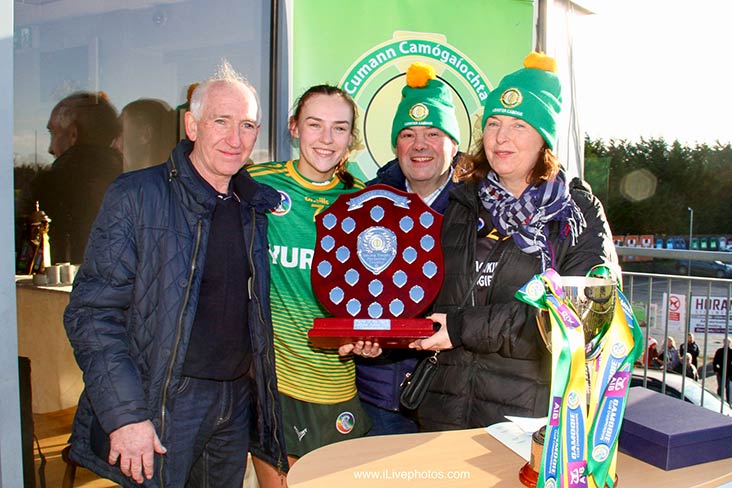 A camogie player from Wicklow became the first recipient of the Ashling Murphy Perpetual Trophy after last Sunday’s Leinster club junior ‘A’ championship final in Clane.

Jessie Byrne from Knockananna was presented with the Trophy following her Player of the Match performance against Maynooth. The Cup honours the memory of Ashling, who died tragically earlier this year and played in the competition for Kilcormac-Killoughey in 2019.

In a lovely touch, Ashling’s parents Raymond and Kathleen, and godfather and uncle Sean Leonard, presented the Player of the Match award to Jessie.