Camogie: Tullamore too strong for Lusmagh/Drumcullen 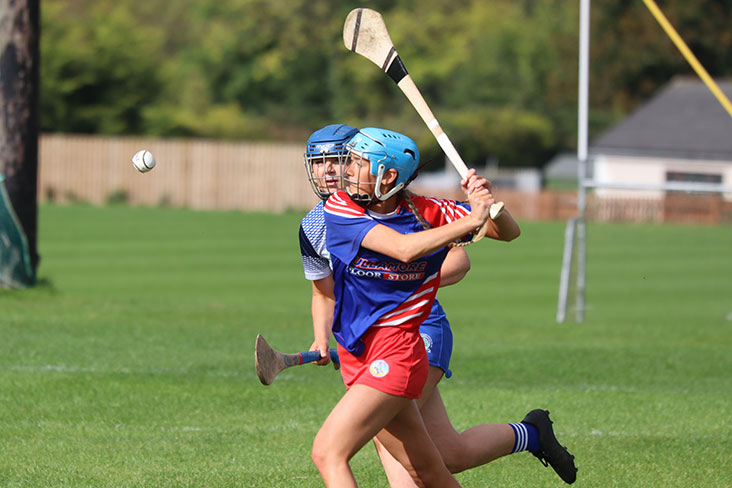 Tullamore brushed aside the challenge of a young Lusmagh/Drumcullen side in the first of two semi finals in Kilcormac on Saturday.  While there was just four points between the teams when they clashed earlier in the Championship, Tullamore have gone about their games in a business like fashion and no doubt would have been favourites going into the match.

Tullamore started the match in great style and built up a comfortable lead with just 12 minutes gone.  A goal from Lisa Gorman had Tullamore ahead 1-5 to Lusmagh/Drumcullen's single point.  They did get a lifeline just minutes after that Gorman goal when Kathy Dermody was pulled down and referee Ciaran Groome had no hesitation in awarding a penalty.  Unfortunately for Lusmagh/Drumcullen, Clodagh Leahy's effort was well saved by Leah Gallagher in the Tullamore goals.

Tullamore continued to build their lead and after 25 minutes some excellent team work saw Shannon Tuohey finish to the net.  Clodagh Leahy did give some hope for Lusmagh/Drumcullen when she doubled on a ball and slotted the ball past Leah Gallagher but at half time it was difficult to see any way back for the young side with the scoreboard reading 2-9 to 1-3.

The second half continued in a similar manner with Tullamore continuing to attack.  They have forwards that look dangerous at every opportunity especially Sarah Walsh and Orla and Lisa Gorman, while Becky Bryant is a thorn in the side for any defence.  Not forgetting Shannon Tuohey who helped herself to her 2nd goal of the game in the 10th minute of the second half to add more misery to Lusmagh/Drumcullen.