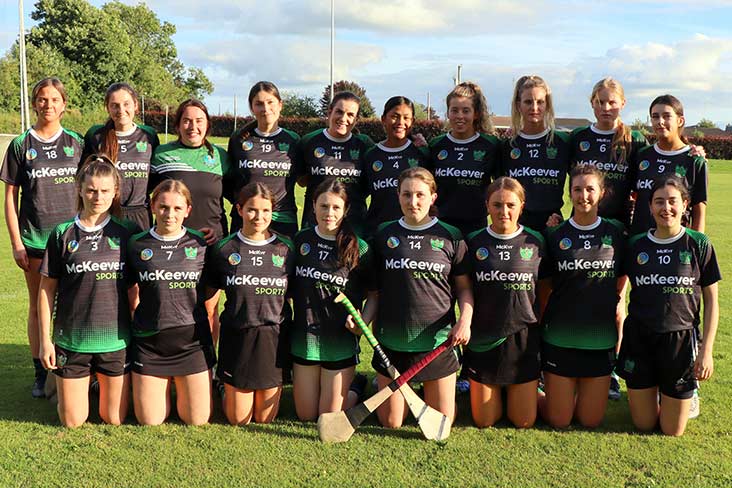 Well done to our Under 10 girls who were outstanding in their 3 hard fought matches in Tullamore on Saturday morning where they played against Tullamore, Lusmagh/Drumcullen and Birr.

26 girls from our club attended the Offaly Camogie Summer Camp in St Brendan's Park last week.  The girls were coached by a number of Offaly players, including our own Orlagh Phelan.  They had a fantastic week and very well done to Orlagh on coaching during the camp.

Our Senior team had their first match in this year's Championship on Friday evening when they played St Cillians in Coolderry.  St Cillians dominated the scoring in the first half and lead 1-11 to 1-2 at half time with Mary Teehan finding the net for our girls.

In the 2nd half our girls started to find their range and with the help of Grace Teehan's frees began to reel in St Cillian's lead, although the visitors did manage to keep our team at arms length.  It was a game where one felt there was at least another goal in the game and if it fell Naomh Brid's way it would have set up an exciting finish, however it wasn't to be as Cillian's were the ones who got the aforementioned goal which killed off our girls' challenge.