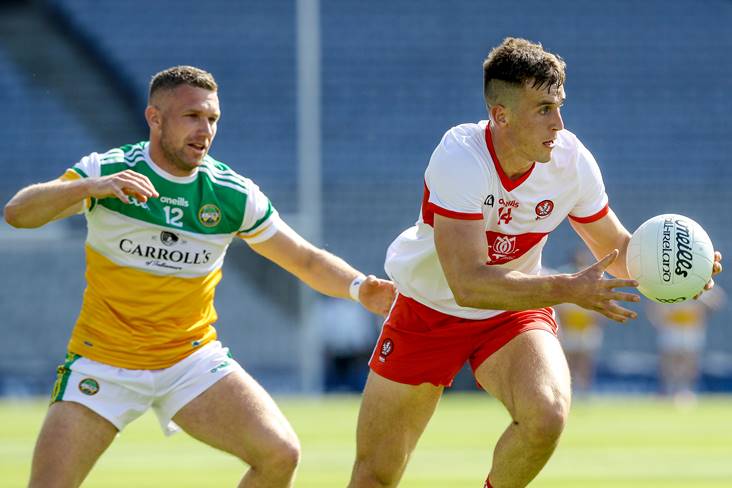 Derry's Shane McGuigan fired this sideline ball over the bar from an impossible angle during the Allianz Football League Division 3 final against Offaly at Croke Park this afternoon...

The Slaughtneil star, who blazed a trail through to the decider, scoring 2-26 in four matches, posted four points in the opening half to help the Oak Leafers into a 0-10 to 1-3 lead at the break.

Offaly had trailed 0-9 to 0-2 before the introduction of Niall McNamee off the bench sparked a revival from John Maughan's side and Eoin Carroll's fisted goal brought them back into contention...

Eoin Carroll finishes the ball in the back of the net for @Offaly_GAA just before the half-time whistle of the Division 3 Allianz Football League Final v @Doiregaa #GAANOW pic.twitter.com/omWvEt7c3I