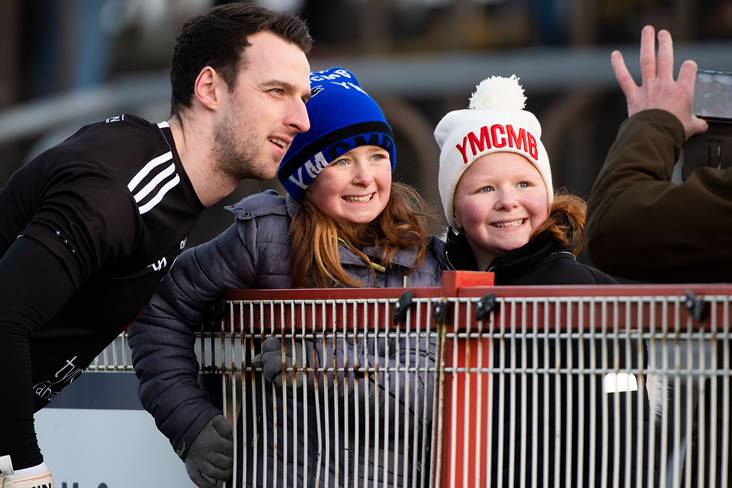 A beaut from Brian Fenton 🔥

I’ve been lucky enough to see some fantastic footballers, but watching @davidcliff13 live is one of the most poetic things I’ve ever seen. #possiblythegreatest

What a game last night, both teams exceptionally fit with only a few weeks under the belt. Clifford again proved age is just a number but biggest positive for me was seeing James O’D back looking like so sharp!

Just woke up to hear the result of #DUBvKER . I’ll have to watch it back later. Dublin dropped a point at home which won’t happen again. Kerry will be pleased and will kick on. Potential re match in final? #NFL campaign off to a great start already.

The rubbish thrown out all week about the captaincy and David Clifford. Too young, can he lead others, too much pressure???A captain leads. When his team needed him in both halves he was there. Captaincy isn’t an issue

Unbelievable game management by the dubs in the last three minutes to get the free. Great answer by Kerry. What a game for January. Kerry and the Dubs, does it get any better.

Jesus Hurson let the thing go !! You’ll get nominated for an Oscar your on the big screen that much !!

Naming a team in advance for the general public is up there with our current GAA calendar...

3 points from a possible 4 in Derry this weekend. What do you think of that @JoeBrolly1993 @LeitrimGAA https://t.co/Nx2bLyXGXF

Quiet frankly talk about “Mark” on Sunday sport absolutely ridiculous - Cavanagh on fence - Kevin referencing Aussie rules -. It’s Gaelic Football // we do not need this rule - catch it take your man on defend him if your able — no soft frees.. that’s our Game // not AUSSIE RULES

Yeah, exact same happened in 2nd half of Dubs game with Mannion taking a ‘mark’ (which he was fully entitled to do). But spectators would much prefer to see forwards taking on their man. https://t.co/F82Sfw7pSe

Another 2 ridiculous yellows for Barrett & Condon