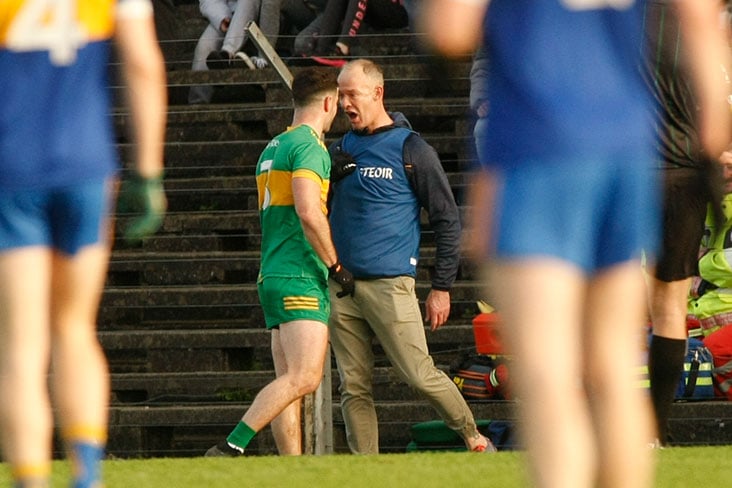 For the second game in-a-row, David Brady was involved in a sideline altercation as his Ratoath side edged out Rhode to qualify for a Leinster club SFC semi-final against The Downs at Croke Park.

The former Mayo midfielder was pushed twice by Rhode forward Anton Sullivan - who was recently named on the Tailteann Cup Team of the Year - in the closing stages of a tense quarter-final encounter at Páirc Tailteann. Brady pleaded innocence afterwards when saying: "I think someone actually thought I did something and I didn’t – someone else did it. But sure give a dog a bad name anyway. But let’s talk about other things!”

The flashpoint came just three weeks after the Ratoath manager and his Summerhill counterpart Conor Gillespie were shown red cards after Brady was knocked to the ground in the dying moments of the Meath SFC final. The Ballina man was able to patrol the sideline yesterday after having the red card rescinded on appeal.