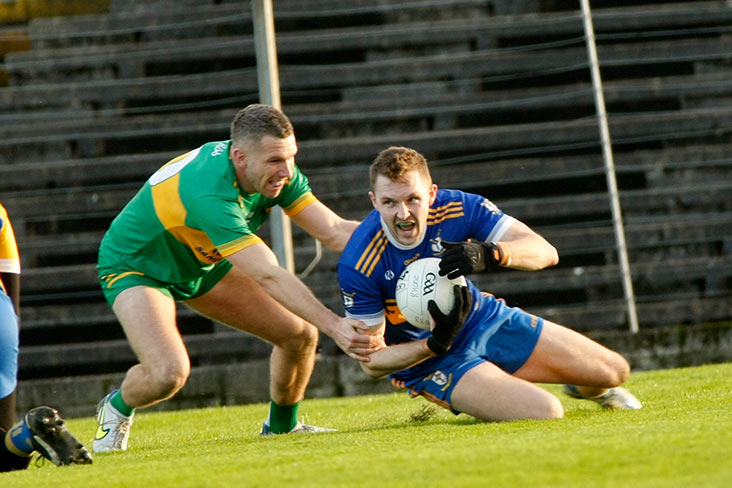 Ratoath have secured a trip to Croke Park after an absorbing battle which saw them edge out Rhode by 0-11 to 0-9 in today's Leinster club SFC quarter-final encounter at Páirc Tailteann.

After trailing 0-4 to 0-5 at the halfway stage, a run of five unanswered points between the 35th and 49th minutes was instrumental in securing a first provincial senior championship victory for the Meath champions.

David Brady's side will face Westmeath winners The Downs in the last four at headquarters on Saturday, 19 November.

Rhode took that narrow advantage to the break thanks to Niall McNamee's fourth converted free and Aaron Kellaghan doubled it within a minute of the resumption.

But, with the wind at their backs, Ratoath gradually gained a foothold in the game, the influential Daithi McGowan, Jack Flynn, Cian O'Brien and Cian Rogers all tagged on points to give them a 0-10 to 0-7 lead on 49 minutes.

Despite losing centre-back Eamonn Wallace to a black card, Ratoath remained in the ascendancy until the final whistle as Bryan McMahon's mark rounded off a memorable win for Brady's men.