Getting Casement built is one of new Minister's key goals 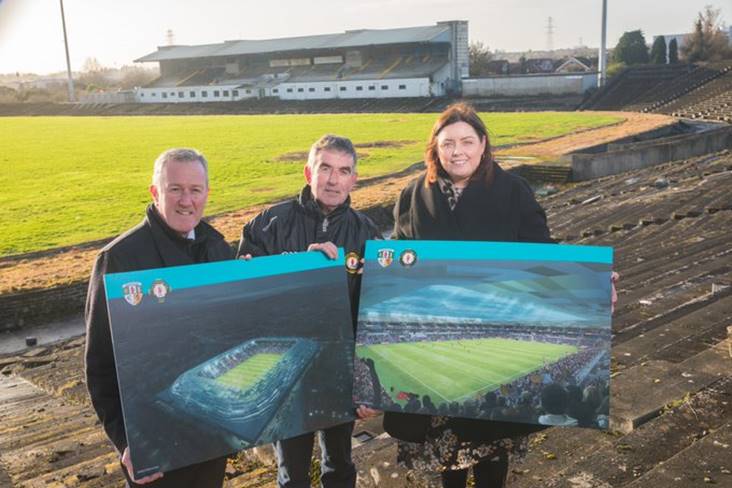 The Minister was speaking after she met with Ulster GAA officials at Casement Park to discuss the future plans for the project.

Minister Hargey said: “The completion of Casement Park is a key priority under the ‘New Decade, New Approach’ agreement.

“I am determined to do all I can to see the project started at the earliest opportunity.

“As we can see from the redevelopment of the Windsor Park Stadium and the Kingspan Stadium, these projects have a positive impact for the whole community, which goes far beyond the benefits for sport.

“I have spoken to my Executive colleagues about the need for the complex approval processes to be concluded with pace, and I was pleased to meet with Ulster GAA officials to reaffirm my commitment to get Casement built.”

.@CommunitiesNI Minister Deirdre Hargey today outlined some of her priorities including her commitment to Casement Park. Pictured with @dptfinance Minister Conor Murphy and Tom Daly, the chairman of Casement Park Stadium Development Project Board https://t.co/1Tblxn3h6r pic.twitter.com/pM36RbDR3g