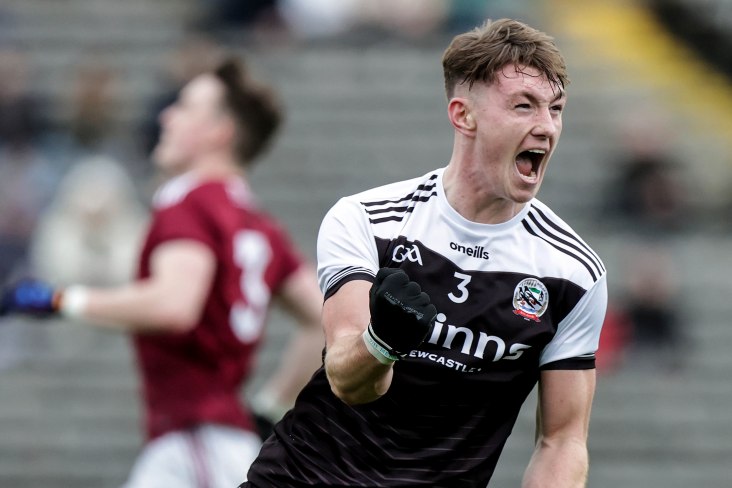 All-Ireland champions Kilcoo are through to the semi-finals of the Ulster club senior football championship after a dominant 2-14 to 1-7 victory over Ballybay.

The Magpies hit the ground running in Clones, where 3,543 were in attendance, by kicking the first four points before Shane McGuinness’s penalty on 17 minutes brought the Monaghan champions straight back into contention.

Without the services of joint-manager Jerome Johnston snr on the sidelines, Kilcoo kicked on to lead by 0-8 to 1-2 at the half and hit the net through Ryan McEvoy five minutes into the restart to put one foot into the semis.

Miceal Rooney palmed in the second goal for the visitors who saw Dylan Ward receiving a second yellow card in injury-time.

The holders now face Enniskillen Gaels, who defeated Gowna in a penalty shoot-out last night, on Saturday week for a place in the provincial decider.