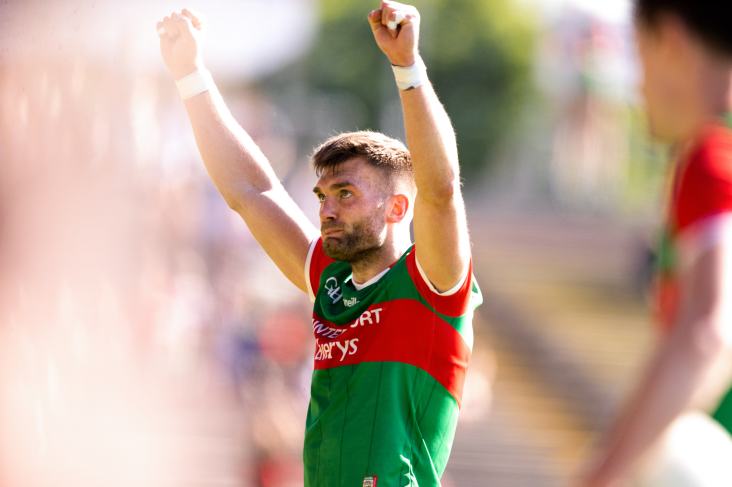 Mayo are a win away from the All-Ireland senior football championship quarter-finals after coming through a stern test against Monaghan in Castlebar this evening.

It finished 1-13 to 0-12 at McHale Park, where Cillian O’Connor weighed in with a decisive 1-6 for the winners as they advanced to the second round of the qualifiers and brought an end to the Farney men’s season.

Monaghan had lost talisman Conor McManus to a black card for trip on Aidan O’Shea in the first-half and, while he’d return for the second-half, Seamus McEnaney’s charges couldn’t close the gap.

Points from ‘Man of the Match’ Lee Keegan, O’Connor (2) and Darren McHale upped the Mayo lead to five and Monaghan would have a late penalty shout turned down by referee Barry Cassidy before Paddy Durcan’s point in the fourth minute of injury-time ensured the hard fought victory.

James Horan’s men now enter into Monday morning’s draw where they can face one of the four provincial runner's up – Donegal, Limerick, Kildare or Roscommon- as they look to reach the last eight.