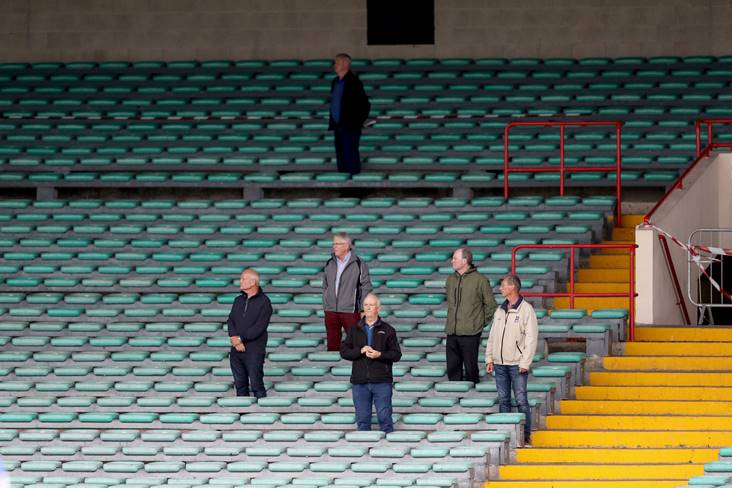 Supporters stand for the national anthem before the Limerick SHC clash between Adare and Patrickswell at the LIT Gaelic Grounds. ©INPHO/Bryan Keane.

500 spectators will be allowed attend GAA club games and 5000 for inter-county games under new proposals currently being considered by Government.

Taoiseach Micheal Martin and his cabinet are due to announce a new medium term plan for living with Covid-19 tomorrow (Tuesday) and RTE.ie is reporting that it is expected to include provisions for crowds to return to sporting fixtures.

All sporting fixtures in the Republic of Ireland have been played behind closed doors since August 18th and this latest development, which would see 5000 spectators permitted to attend inter-county games at large venues such as Croke Park and Pairc Ui Chaoimh, would be welcomed by sporting bodies, players and supporters alike.