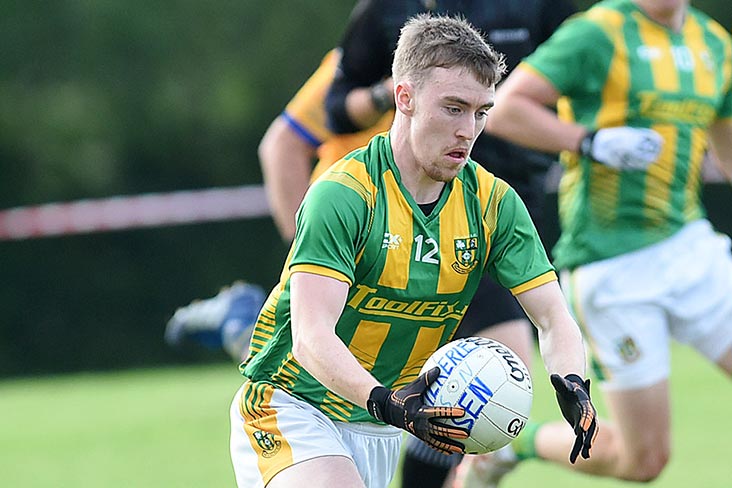 The Intermediate Championship relegation play-off will be contested by Nh Fionnbarra and Roche Emmets after they lost out to Clan na Gael and O Raghallaighs respectively.

At DkIT on Thursday night, the Clans based their victory on a strong first half performance as they eventually came out on top by 2-11 to 1-10.

An early goal from Robbie Curran provided the Dundalk men with a boost while points from Paul Crewe, Sean O’Hanlon and Paul Martin helped them stretch the advantage. Just before the break, Conall McKeever added a second goal to put his side into a 2-6 to 0-4 lead.

Points from Thomas McCreesh saw the Finbarrs maintain their slim hopes but the Clans remained on top and held out for the victory despite a late goal from Mairtín Murphy.

Friday night’s game at Darver saw O Raghallaighs come from behind at the break to defeat Roche Emmets on a 1-11 to 0-10 scoreline.

A third quarter blitz in which the Drogheda men scored 1-4 without reply turned this game on its head after it looked like the Faughart men were on course for victory.

It was Roche who had the better of the first half and with Glen Stewart, Peter Lynch and Barry O’Hare on target, they led by 0-7 to 0-5 at half time.

The Emmets had the chance to extend the advantage but Barry O’Hare had a penalty saved before Ben Smith found the net at the other end. The O Raghallaighs remained in front from that stage and points from Ruairi Moore and Kyle McElroy helped them come out on top.