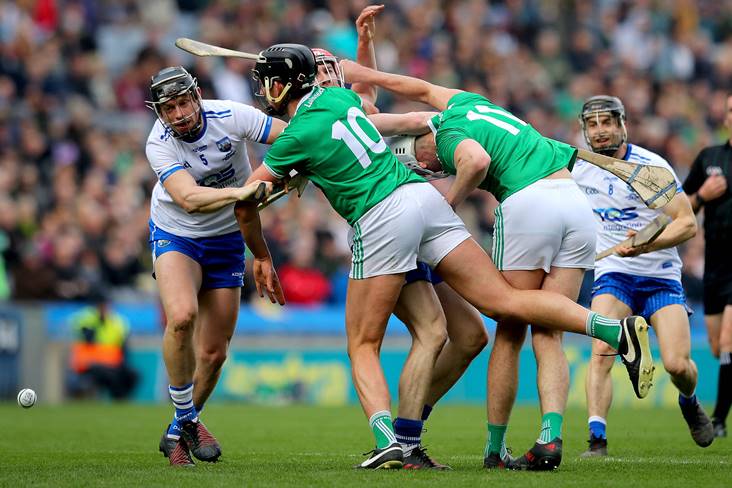 It’s Round 3 of the Allianz Hurling League this weekend and here we preview all 17 games takes place across the country.

HL Division 1 Group A round 3

This Munster derby hits the LIT Gaelic Grounds on Saturday night with the winners set to move clear at the top of Division 1 Group A.

Limerick and Waterford are all square on points and score difference and should serve up a cracker in this one as the two form sides heading into Round 3.

The Shannonsiders show six changes from last time out against Galway and they see Brian Ryan (South Liberties) and Darren O'Connell (Kildimo-Pallaskenry) make their league debuts on the left flank of the attack, as regulars Mike Casey, Diarmaid Byrnes, Cian Lynch and Aaron Gillane all return to the starting 15.

Liam Cahill has enjoyed a flying start to his reign in the Deise County and his charges face another huge test here in travelling to take on the holders on their own home turf.

HL Division 1 Group B round 3

With a win and a loss thus far, the Dubs come into this one as whopping 1/16 favourites against a Carlow side that sit bottom of the division with a score difference of -37.

The capital men had seven to spare over Laois last time out and, with the likes of Oisin O’Rorke, Eamonn Dillon and Sean Moran in form, they look likely to take the points at Netwatch Cullen Park on Saturday evening.

Carlow took a 21-point beating from Kilkenny last time out and will be eager to put in a better showing when Mattie Kenny’s charges come visit this weekend.

HL Division 2A round 3

Saturday afternoon sees Kerry travel to Trim with maximum points two rounds in as they face a Meath side which bounced back against Wicklow last time out after losing narrowly to Offaly in Round 1.

The hosts have brought in Simon Ennis, Luke Moran, Peter Slevin and Jack Walsh from the win over the Garden men, while Shane Brennan, Nicholas Potterton, Alan Douglas and Mark Slevin make way for the Kingdom's visit.

HL Division 2B round 3

The early throw-in is in Ballycran on Saturday as Down welcome Warwickshire for a third round meeting.

The Exiles have had a rough start to life in Division 2B and it doesn’t look like getting any easier against the Mourne men here.

HL Division 3B round 3

Leitrim gave up home advantage for this one but don’t look like giving up the points against Cavan for this bottom tier derby in Belturbet.

HL Division 1 Group A round 3

A couple of Cork’s stars propelled UCC to its 40th Fitzgibbon Cup success last Wednesday night and it’ll be interesting to see who Rebels boss Kieran Kingston has at his disposal for this one.

Midfielder Darragh Fitzgibbon suffered an ankle injury in the late stages of the comeback win over IT Carlow and looks likely to miss out on Sunday’s trip to Mullingar.

Westmeath are rooted to the bottom of Division 1A two rounds in and are priced at 10/1 to pull off an upset when Kingston’s men come to visit.

Therefore, it’s hard to see anything but a win for the men from Leeside in this one.

These two heavyweights meet in Salthill on Sunday in what many will feel is the clash of Round 3 this weekend.

Both Galway and Tipperary slipped to defeats last time out and for Tipp the points need to start coming fast as a better score difference than Westmeath is all that keeps them from the bottom of the division.

Galway will be boosted by the fact that they have Joe Canning available for this one despite the Portumna star picking up an elbow injury in the loss to Limerick.

Tipp boss Liam Sheedy allayed injury fears over John ‘Bubbles’ O’Dwyer after the attacker was stretchered off in the loss to Cork last time out and looks set to name a strong line-up for the trip west.

HL Division 1 Group B round 3

Brian Lohan’s reign in Clare sees him with two wins from two in the league so far and his team are 1/20 favourites to make it another pair of points this weekend.

Laois travel to Ennis looking to upset the odds and pick up their first win in the division, having gone down to Wexford and Dublin in their first two outings.

Lohan has said he’s been impressed by his players’ attitude since the start of the new season and they look like keeping up their winning ways here.

Kilkenny lead the way in Division 1 Group B two rounds in but get set for their toughest assignment of 2020 so far when they head for Wexford on Sunday.

The Slaneysiders have proven a thorn in the Cats’ side over these past few years and look set to welcome back trio of joint captains Matthew O’Hanlon, Lee Chin and Diarmuid O’Keeffe this weekend.

With the bookies making this another tight one to call, it could well end up going right down to the wire at Chadwicks Wexford Park.

HL Division 2A round 3

Both these sides have been struggling in the early rounds and it’s Wicklow that head to Castlebar this weekend as the fancied side to get points on the board in Division 2A.

Mayo have lost their first two outings by a combined total of 41 points and will need to put forth a better showing when the Garden men visit them for Round 3.

This one has the makings of a cracker with Division 2A leaders Antrim coming to Tullamore to take on Michael Fennelly’s Offaly.

The Faithful men went down to Kerry by three points in Round 2 and will be eager to bounce back when the Saffrons hit the midlands on Sunday.

HL Division 2B round 3

The Rossies went down to heavy loss against Down in their last outing and will look to get back on track when London pay them a visit on Sunday.

The Exiles are awaiting their first win of the campaign and get the nod here to take home both points with them.

It promises to be a thriller when these two cross swords on Sunday to see which one will sit at the top of Division 2B heading into Round 4.

Kildare make the journey north to Derry as slight underdogs and there won’t likely be a big margin separating the sides on the scoreboard when all’s said and done in Owenbeg.

HL Division 3A round 3

Armagh head for Longford looking to stretch a lead at the top of Division 3A and that should serve up a fascinating contest at Glennon Bros Pearse Park come 2pm on Sunday.

Louth have yet to book a win two rounds into the league and face another bit tricky opposition in the form of Donegal in this one.

This derby comes to Castleblayney and, going on form thus far, looks set to provide a reverse result of the football meeting between these two counties two weeks ago.

HL Division 3B round 3

Sligo made their goals count against Lancashire in Round 2 and could well light it up when the sliotar’s throw-in against the Ernesiders in Enniskillen on Sunday.