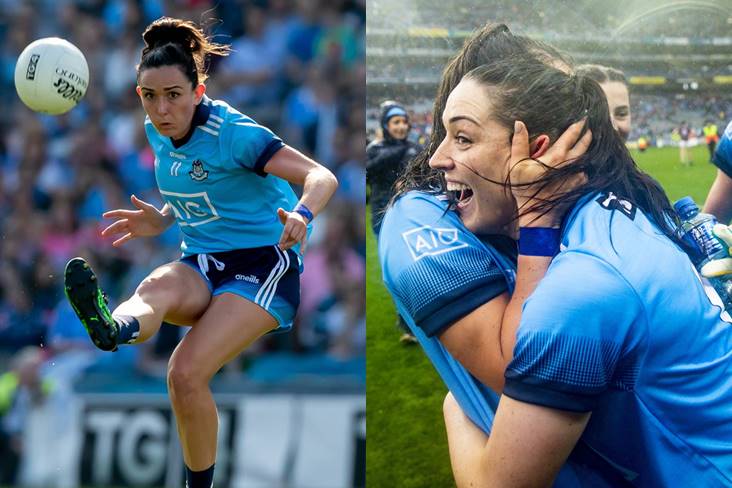 Two of the biggest stars in the ladies gaelic football firmament have joined AFLW outfit Melbourne.

The Demons has announced Dublin All-Ireland winners Niamh McEvoy and Sinead Goldrick as two new recruits for the 2020 season.

They news comes just weeks after they played starring roles in Dublin’s third All-Ireland SFC success in-a-row and they will be hoping to emulate the impact that the likes of Cora Staunton (Greater Western Sydney) and Sarah Rowe (Collingwood) have made since making the switch to the oval ball code.

It’s an historic move for the club as they become the first International AFLW players to sign with the club.

AFLW list manager Todd Patterson said he was delighted to welcome them to Melbourne.

“This is a significant announcement not only for our women’s program, but for our football club in its entirety,” he told Melbourne Media.

“Over the past six to eight years, Sinead and Niamh have created impressive on-field profiles through their hard work and team success, and as a result, have become two of the best-credentialed female athletes in the country.

“They are terrific people, who we think will truly align with the values of our club, and with Dublin GAA being the closest thing you can get to a professional sporting organisation in Ireland, we have full confidence they will be well prepared for the demands of AFLW.”

Really looking forward to getting over to Melbourne to take on this new exciting challenge. https://t.co/xPYBVRHqme