Former camog Ciara ready to run the race of her life 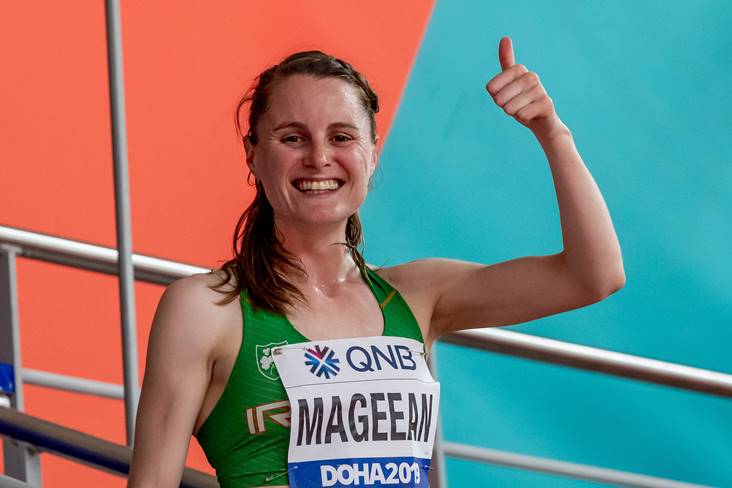 All eyes will be on Ciara Mageean tomorrow evening when she runs in the World Athletics Championships 1500m final in Doha.

The Co. Down native finished fifth in her semi-final yesterday to become only the second Irish athlete to quality for a 1500m final after Sonia O'Sullivan, who achieved the feat in 1997.

"I'm going to battle to the line, every bloody position. I'm going to give it everything," she said.

Ciara hails from a well-known GAA family in the Down hurling stronghold of Portaferry. Along with her siblings, she has worn the club colours, while her father Chris was part of the Down team that famously relegated reigning All-Ireland champions Kilkenny from Division 1 of the Allianz League in 1993.

Ciara, whose mother Catherine was also a talented camogie player in her youth, has been wished every success by Portaferry GAC.