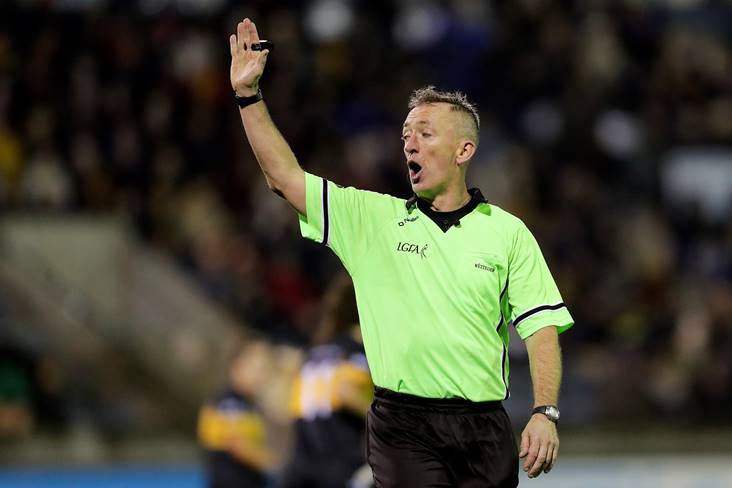 Down county board are set to launch an investigation into an alleged assault on one of the county’s leading referees.

Warrenpoint’s Brendan Rice was understood to be struck by a Clonduff player during the first-half of their senior league clash against Kilcoo last Tuesday night.

The Clonduff player had been shown a red card prior to the incident and, following a short delay, Rice officiated the remainder of the game.

The proposed penalty for “striking or attempting to strike, or any type of assault on a referee, umpire, linesman or sideline official” is a minimum 48-week suspension “in all codes and at all levels, according to the GAA’s official guide.

A statement from the county board yesterday read: “Down GAA can confirm that the county’s CCC will investigate events from last night’s All County Football league fixture of Kilcoo and Clonduff on receipt of the referee’s match report.

“Down GAA will be making no further comment until this process has concluded.”