Poignant evening as Down crowned Ulster U20FC champions after extra-time 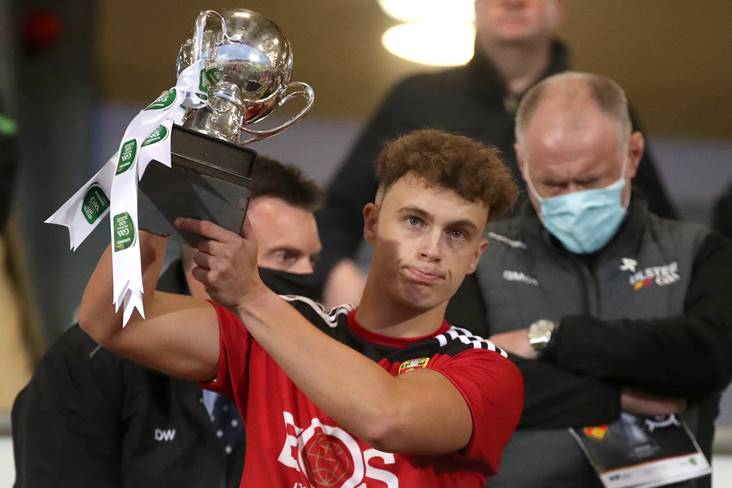 On a poignant evening at the Athletic Grounds, Down battled to a hard-fought 3-15 to 1-14 extra-time victory over a brave Monaghan side.

Still shrouded in grief from the death of their captain Brendan Óg Duffy, who passed away after a tragic accident on the night of their semi-final win over Donegal, Monaghan players put in a remarkable performance in the circumstances and will have made the county extremely proud.

Sean Jones scored 0-8 for the Farney County and sent the game to extra-time with the point that levelled it at 1-14 to 2-11. But Conor Laverty's Down finished strong to hit 1-4 without reply in extra-time with substitute Justin Clarke netting a 78th minute goal.

Monaghan started the brightest in normal-time and were 0-3 to 0-1 up before man-of-the-match Ruairi O’Hare's opening goal edged Down ahead. They responded in kind though, Darragh McElerney fisted home a pass across the face of goal to give them a 1-9 to 1-7 half-time lead.

It remained nip and tuck on the resumption, Monaghan were still in front at the second water-break, 1-11 to 1-10. Substitute Andrew Gilmore proved a game-changer however when he pounced for a second Down goal and they kicked on from there.