New Down GAA Centre of Excellence gets planning approval 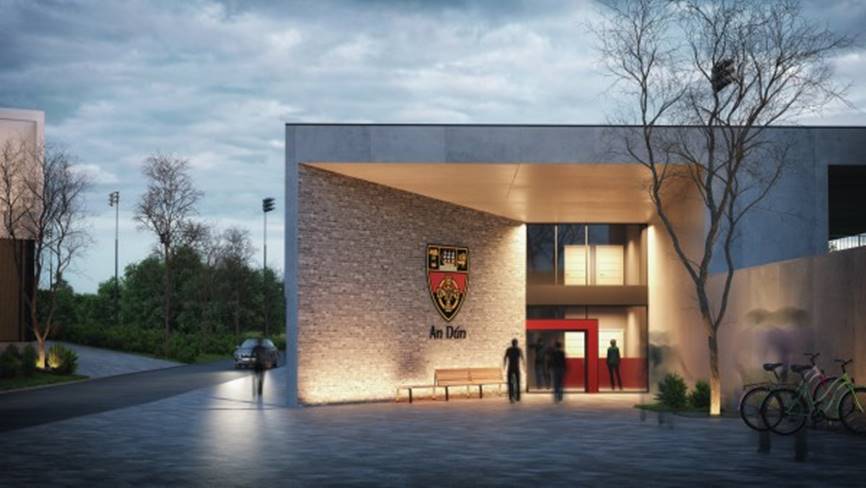 A view of Down GAA's proposed plans for a new state-of-the-art Centre of Excellence at Ballykinlar.

Down GAA has been granted planning approval for a new state-of-the-art Centre of Excellence at Ballykinlar.

It is planned that the site which was previously a British army base will be used to develop four full-size GAA pitches (three of which are floodlit), spectator seating, multi-use games area, changing rooms, fitness studios and ancillary offices.

The development of a state-of-the-art Centre of Excellence for Down GAA took a major step forward today with the planning approval by Newry, Mourne and Down District Council for the proposed complex at Ballykinlar.
Full press release please visit: https://t.co/HUl3K4qEny pic.twitter.com/62ZC5b9tNK

Down GAA chairman John Devaney welcomed the decision by the Newry, Mourne and Down District Council and said “the development of the proposed centre is now in our own hands."

He continued: "We are excited by the prospect of a facility that can cater for our sporting, administrative and cultural, but we know that a significant amount of work lies ahead."

"The planning approval brings the vision into view and allows our members and supporters across the county and beyond to imagine an impressive complex that will serve our future needs.

"It will take the efforts and support of everyone to bring it to fruition, and I want to particularly commend the work of Seán Óg McAteer, Colm McGurk, Anthony McNeill, Sarah McDowell, Sean Foy and their teams, as well as the personnel whom we have worked with within the Ministry of Defence, and all others who have helped to bring the project to this point."

The news comes hot on the heels of Antrim GAA being given final planning approval from Stormont Infrastructure Minister Nichola Mallon for a new 34,578 capacity stadium at Casement Park.