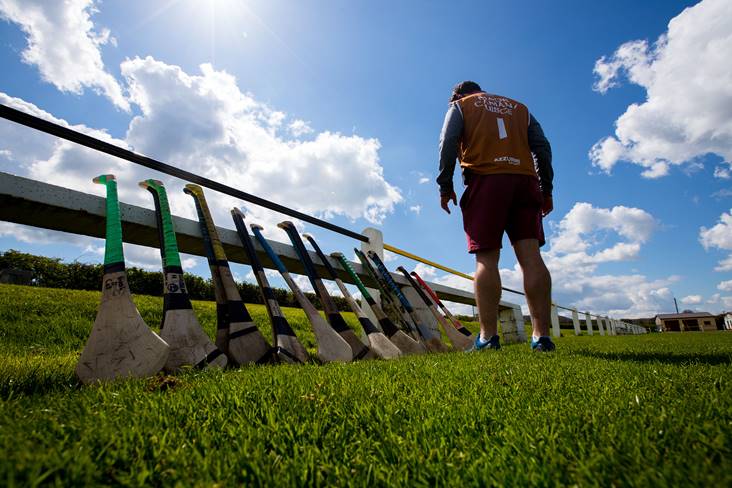 Spare hurleys are lined up before the Camogie League Division 2 final between Cork and Westmeath at St Lachtain's GAA grounds, Freshford.
©INPHO/Bryan Keane.

The Gaelic Players Association (GPA) welcome the Camogie Association’s decision to take seven days to reflect on their proposed season structure.  We are willing to work with them towards finding a satisfactory resolution to allow all players, both club and county, get back on to pitches across the country without any further controversy.

Players have overwhelmingly voted (84% of 752 players who responded in last 24 hours) that they will not participate in the Littlewoods Ireland Camogie Leagues should the current season structure be retained.  The GPA will represent this view from our members to the Camogie Association.

We had recently informed (April 2nd) the Camogie Association that our members wanted to see a split-season introduced.  The key factors that influenced the split-season choice were:

Club AND County: Inter-county players are also club players.  They want to be able to give 100% commitment to either their club team or their county team during the respective windows.

Club Leagues: Players believe that club leagues should go ahead while the inter-county season is being played to ensure their club team-mates are able to participate in meaningful games across the summer.

There is an increased risk of injury when players are being exposed to additional demands where there is an overlap between club and county activity.

A split-season facilitates a period of no activity that allows for rest and recuperation and benefits substantially the welfare of our members.

We want to see a solution that is in the best interest of all players which we believe the split season provides.