"The concern is that people have to get to the stadium" 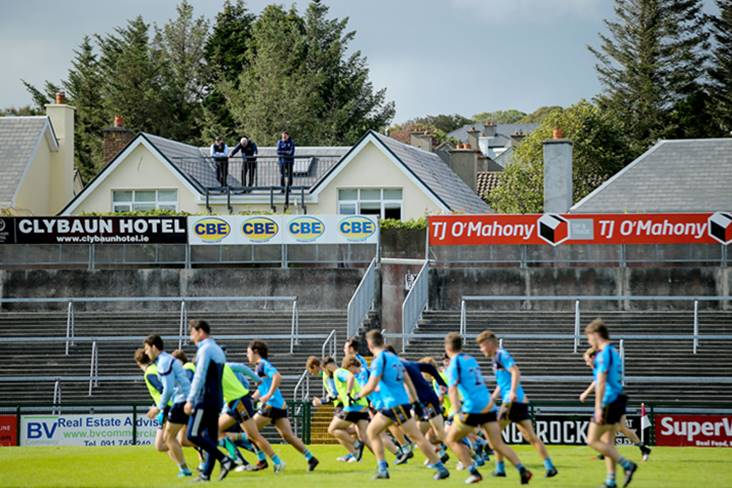 Fans watch the Galway SFC round 1 clash between Salthill-Knocknacarra and St Michael's at Pearse Stadium from a balcony. ©INPHO/Tommy Dickson.

Dr Ronan Glynn has explained the key concern behind the decision not to increase the number of people allowed at sporting events from 200 to 500 on August 10.

The Acting Chief Medical Officer was speaking at a press conference today as the Government decided not to go ahead with Phase Four of the roadmap for reopening the country from Monday on the advice of the National Public Health Emergency Team (NPHET).

The Galway native suggested that people gathering before and after matches would be the biggest risk factor for the spread of Covid-19, more so than being in the stadium.

"It's important that a message doesn't go out that outdoors is in any way dangerous," the former Claregalway footballer said.

"Outdoors is safer. We want to encourage people to meet outdoors.

"Clearly if you have a small number of people in a large stadium, from a public health perspective, there's no public health issue with that.

"The concern is that people have to get to the stadium. They have to go home from the stadium, they congregate before and afterwards.

"We have multiple instances at this point of cases arising from people sharing transport, from households mixing. This virus thrives when people mix."