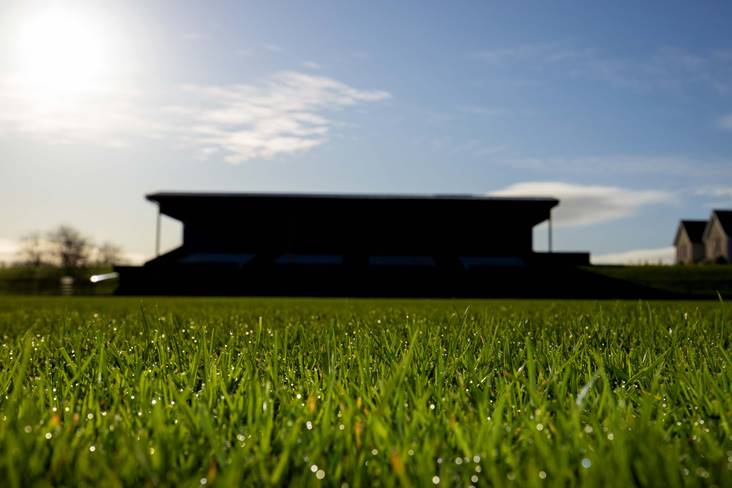 A view of the John Lockes GAA pitch in Callan before the Walsh Cup semi-final between Kilkenny and Wexford. ©INPHO/Tom O'Hanlon.

There was plenty of county, colleges and club action to keep GAA supporters entertained over the weekend…

Well said Billy.
Hard on NUIG too, glad UCC won that game so someone of Billy Morgan’s stature can make such an important statement without any accusations of sour grapes too.
Squeeze is on unless you bring in € for the association.
GAA should be ‘for the many, not the few’ .. https://t.co/VUezwBW8kV

What a score! See a fabulous winning point by Donal Burke for @DCUGAAAcademy to beat UL for the first time ever in the @ElectricIreland Fitzgibbon Cup.. @officialgaa @DubMatchTracker pic.twitter.com/5iOIN7iMrr

Step 1 is admitting the problem and here is GAA president John Horan acknowledging the fixtures problem is not solvable under the current calendar. I can’t see any other way which will sort out the fixture debacle in the GAA other than starting from a blank slate. https://t.co/CylrIfOD6l

Great to see Tom Parsons back on the pitch & on the scoresheet in today’s game. #mayogaa https://t.co/PWOwAz87oe

"The objective today was to give fellas a runout & to identify a couple of players to bring forward into the official squad"#DubsTV had a quick chat with new Dublin manager Dessie Farrell, following this afternoon's O'Byrne Cup semi final defeat to Longford#UpTheDubs pic.twitter.com/ZRrUFCaUPA

Different type of warm up these days!! Great to see more young players get game time for the 🔴⚫ during the McKenna Cup. Good game to have today to prepare for 3 huge league fixtures. pic.twitter.com/6ChuIcxvmr

What a journey these lads have been on.. Well done to all involved. Hopefully people from all clubs in @OfficialWexGAA will support them for the final in Croke Park 🏐 https://t.co/5fEJc9ksNB

Horrendous shambles this weekend with #GAA fixtures. McKenna Cup, Sigerson and U20 all fixed for same weekend. No joined up planning yet again. #FixtheFixtures

Been an absolute pleasure playing football for @CavanCoBoardGaa massive thank you to all coaches and managers that improved me as a player and an even bigger thank you to all my team mates over the years #cabhanabu pic.twitter.com/n3q689oCaS