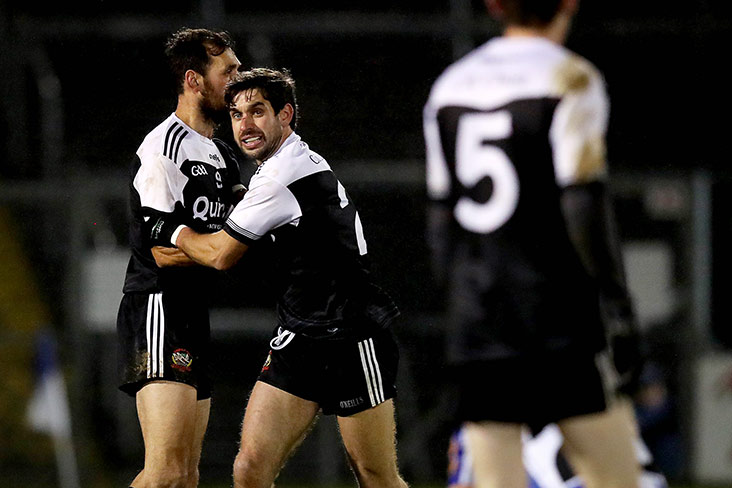 The All-Ireland football and hurling club semi-finals took centre stage on the first weekend of the new year and, as per usual, didn't disappoint...

Tough one to take y’day but that’s sport and at that level its always fine margins. If we as a group of players at Slaughtneil leave any mark on people. I hope it is that you should forget the stereotypes and what ‘others’ expect from ye! Believe in your own ability #slaughtneil

Brendan Maher is some hurler but he’s even a better leader. Some contest 👏👏 #gaabeo #AIB #TheToughest

Brendan Maher scored a point with a broken Hurley that most lsds wouldn’t score with their best Hurley on a summers day with the wind at training!!!! Well done @Borris_GAA.....the dream continues....Paddy The Cock is going to Croker!!!! 👍🏻🇱🇻

Some effort by Slaughtneil there. Boy did they take Ballyhale all the way. Never gave an ince. 5 points not a true reflection of how tight that was

Fair play to Kilcoo, lucky bastards get to play in Croker with their club. On a side note, any young forward who wants to make it can learn so much from Conor Lavertys movement and awareness. Joy to watch.

Comhghairdeas @KilcooGAC body language of players after game would say they aren’t done yet. One more to go..

Imagine getting to Croke Park with your club. Some achievement for Kilcoo!!

A huge thank you to Anthony, Brian, the coaching & backroom team and to Ryan & all of the panel of players who give us such joy & entertainment as we journeyed with them to reach the pinnacle of Dublin & Leinster Football. Go raibh maith agaibh go léir. Boden Abú, Jack Nolan

As far as 6 point wins goes this was a hammering by @CorofinGAA to Nemo. Not much learned from final defeat 2 years ago or maybe Corofin just too good. #Thetoughest. #TG4

Great to see @CorofinGAA playing the game the way it should be played. Good long foot passing inside to the forwards run and let the forward finish the job👌

Corofin were training Stephens morning and there was me thinking I was doing well bringing in 2 buckets of turf and letting the dog out for a piss.

Feeling a lot better now, hopefully will be allowed to go home today after my scan 💪🏻💪🏻 pic.twitter.com/E8v4NBwC7t