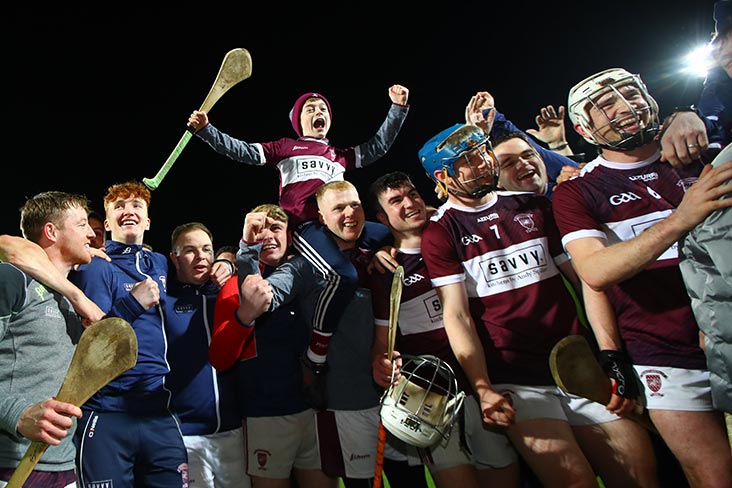 “He has not made any final decision yet, one way or the other, and as long as he hasn’t made the decision to go there, I’d still hold out reasonable hope that he could still be playing football for Tyrone this year.”

Mickey Harte is keeping his fingers crossed that his top scoring All-Star full-forward Cathal McShane will say thanks but no thanks to his AFL suitors.

“We’ll savour this good feeling and be back down to earth knowing we are playing probably one of the greatest club teams that ever played the game.”

“Our accuracy just wasn’t there whereas it normally is. On reflection, that probably let us down a small bit at the end of the match.”

Ballyboden’s profligacy in front of the posts cost them, according to manager Anthony Rainbow.

“We haven’t talked about that or anything, and we won’t be. Our thing is the next game and history will look after itself after that.”

Corofin are on the break of a historic third Andy Merrigan Cup success in-a-row but Kevin O’Brien won’t allow his players get distracted from the important task at hand.

“Brendan is one of the greatest hurlers I‘ve ever seen. He’s a pleasure to coach. There’s no airs or graces about Brendan, he’s a Borris-Ileigh man first, a Tipperary man second, and he doesn’t need any words of mine today to recognise how great a player he is.”

“Our scoring efficiency wasn’t where it should have been and that was ultimately our downfall.”

“I knew with them not having the football this year, the hurling was going to be top class and that’s what we saw. And I think we performed very well. I don’t think we were as sharp obviously, but Slaughtneil really tied up our forwards at stages.”

“Slaughtneil proved today they belong at the top table with any team from any county in Ireland, they can mix it with them all.”

Shefflin’s counterpart Mickey McShane was proud of his team’s effort  in Newry.

“I’m very happy with the younger lads, they have made a great impression since coming in. They’ve given me plenty of cause for optimism.”

John Kiely was happy with Limerick’s performance against Clare as they secured a Munster Hurling League final clash with Cork.

“We just didn’t start well, we didn’t get out of the blocks.”

Brian Lohan’s Banner County found themselves 0-1 to 0-9 in arrears after just 16 minutes of play in Sixmilebridge.

“We’re looking at 12 or 13 players who are playing Sigerson next Sunday and won’t be available. There’s a possibility we might not even have a team to play. It’s pure madness.”

If Donegal reach the last four of the McKenna Cup, manager Declan Bonner could have some selection headaches!