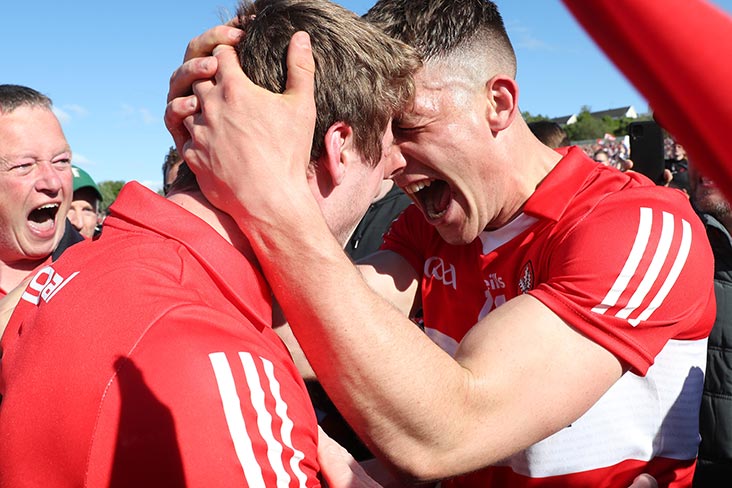 Shane McGuigan says there's no reason why Derry can't challenge for the Sam Maguire after ending their 24-year wait for Ulster SFC glory.

The brilliant Slaughtneil full forward was already looking ahead to the All-Ireland quarter-finals in four weeks' time following the Oak Leafers' extra-time victory over Donegal in Clones.

"This group would be silly to stop here," he told BBC Northern Ireland.

"We have to look forward to the rest of the summer. We've beaten the current All-Ireland champions (Tyrone) and two other Division One teams (Monaghan and Donegal), so why not? Let's give it a go."

"Rory always talks about the big, professional sports. Everyone attacks and defends, whether it's soccer or basketball. He definitely brought some shrewdness to our defence, but he doesn't get the credit for his attacking play," he explained.

"I thought I knew football but the way he wants you to make your runs, the freedom he gives you - you go out on the field feeling like you're invincible.

"And you saw that in some of the runs we were making like Brendan's for the goal, the cut-back from Niall Toner was magic, passing it across, unselfish too, they're the types of things Rory has brought in."