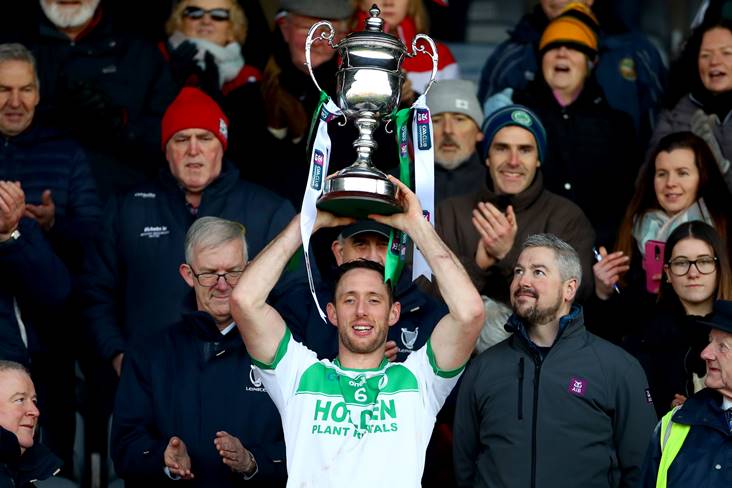 Michael Fennelly has retired from club hurling, bowing out at the top having led Ballyhale Shamrocks to back-to-back All-Ireland club SHC titles in January.

The former Kilkenny midfielder's club career in recent years has been blighted by injury and he indicated after the club final win over Borris-Ileigh in Croke Park at the start of the year that his focus was now on his new role as Offaly manager.

The 35-year-old won eight All-Ireland titles with Kilkenny before retiring in 2017 after a career which began in 2006.

He captained |Kilkenny to All-Ireland honours in 2009 and was Hurler of the Year in 2011.

Best of luck @MFennellyKK in your retirement from all at @BallyhaleGAA #legend #Captain #leader pic.twitter.com/4z19nXgOTy